The Iowa Caucus was held on February 3, 2020,  and led to some unexpected results.

After all of the results were finally in, after the controversy surrounding the vote-counting app that was supported by the Democratic party in Iowa, it was announced on Friday, February 7, that Pete Buttigieg won the caucus by a mere 0.1 percent; he also won 14 delegates in the Hawkeye State. Buttigieg was closely followed by Bernie Sanders, then Elizabeth Warren, Joe Biden and Amy Klobuchar to round out the top five.

While I like to think I am pretty up to date with politics, I will say I was surprised with Mayor Pete’s performance. A resident of South Bend, Indiana, he has been very popular with a lot of young people, my friends included.

He is an interesting candidate to say the least. While I will not be personally supporting him, it is kind of nice to see a young person of only 38 who has some interesting attributes that many people can relate too.

As a bisexual, it is also neat to see that there is a gay candidate running. He came in second in the New Hampshire primary to Bernie Sanders l, only by about 1.3 percent of the vote, each winning nine delegates.

I think it will be interesting to see how Buttigieg compares to the other candidates in the coming weeks. I do believe that this is the former mayor’s race to win. Given Sander’s performance in the most recent primaries in 2016, I believe he will not make the cut.

Buttigieg is younger and better-liked than Sanders and, while Mayor Buttigieg does not necessarily have experience in Washington, he has been through a lot in his life. He was a veteran and served in Afghanistan and he is a millennial, which means he knows what other millennials think and would want out of a president.

I stand firm when saying that I think Buttigieg will win the nomination and here is why.

Most pre-primary polls show bigger names like Sanders, Biden or even Warren winning the Democratic nomination just because these names are recognizable, but if there is one thing we know from pre-primary polls, it is that they really are not accurate in predicting the outcomes of elections.

For instance, many people predicted that Sanders would be the nominee for the 2016 Democratic ticket, but he wasn’t, Hillary Clinton was, which subsequently led to the election of Donald Trump. I also know that no one predicted his success in Iowa or, to an extent, New Hampshire.

I think a lot of people see Sander’s appeal in New England, mainly because he is a New Englander. However, given that logic, one could argue the appeal of Pete Buttigieg will be in the midwest mainly because he is near that area and while Klobuchar is also from that region, she does not bring anything new or exciting to the table, unlike Buttigieg. And no one can argue that a Buttigieg versus Trump presidential race would surely be interesting, to say the least. 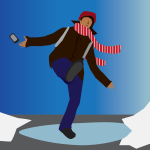 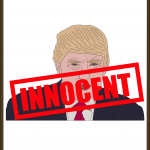