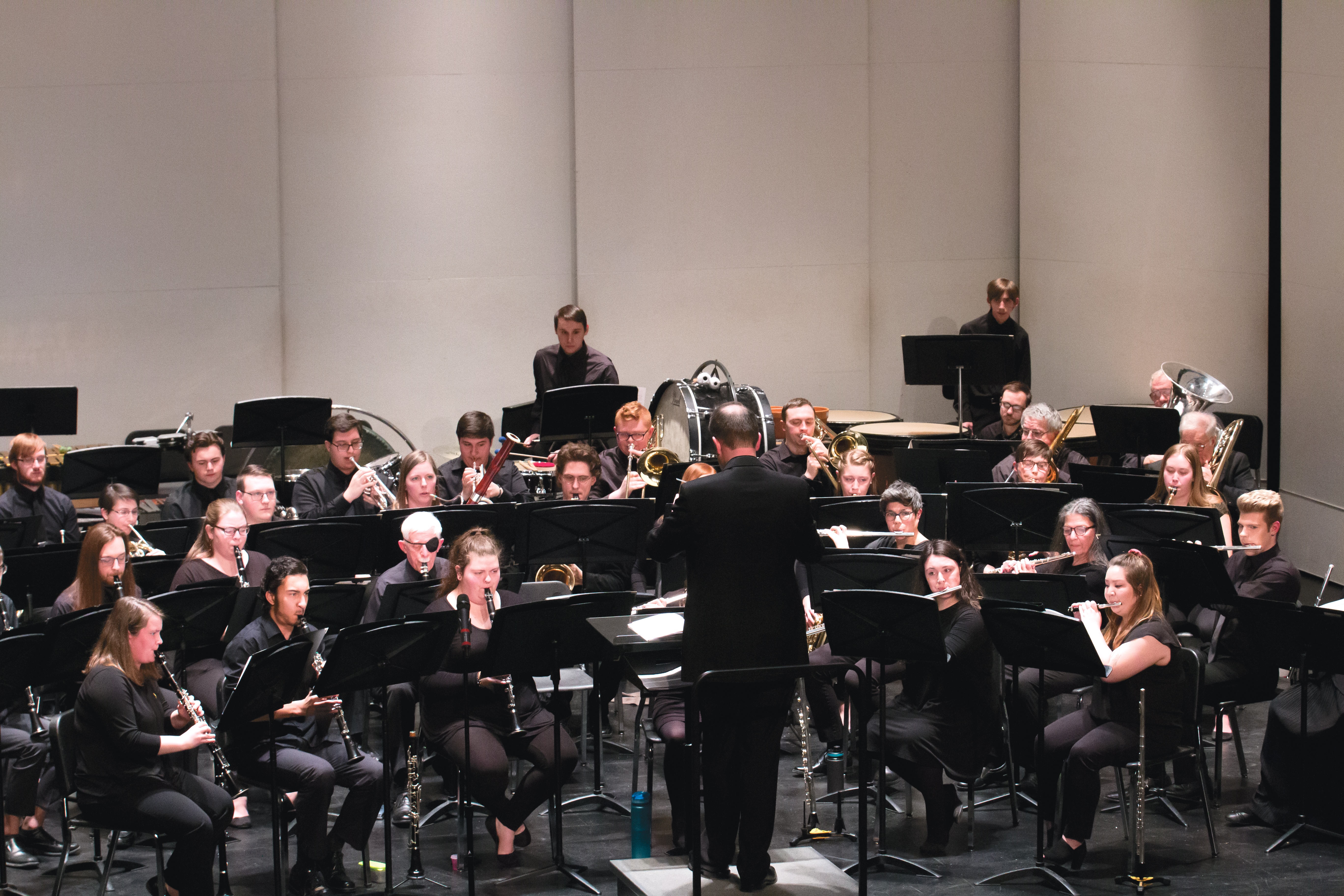 “The majority [of the] culture doesn’t have a monopoly on what constitutes good music,” Dr. John Hart Jr., conductor of the Keene State College Concert Band, said of the music selection performed at the concert.

Hart continued, explaining the subject of the selections. “I’m trying to push for more socially responsible and culturally responsive music. The music is from cultures from those that have been colonized or have allowed themselves to be colonized. So part of that is to take the first step, to recognize the histories of, frankly, oppression that have existed throughout history that influence how we think of music,” Hart said.

According to Hart, this is the beginning of something new with the concert band. “Every February is going to be a part of our social justice series. The music department will be commissioning new works from marginalized and under-represented groups of people, such as the LGBT community, composers who are people of color and women composers who have not had a lot of say in the production of culture, let alone music throughout history,” Hart said.

The aim of this social justice series has less to do with the  music department itself and more to do with encouraging other departments to do the same. Hart said, “The social justice series is going to be a large component of what I do here and I’m hoping that it will encourage other departments on campus to get involved, as well as the diversity, equity and inclusion office to get involved. I see it as a great way for creating a sense of unity around the campus, but also as a great way to [not only] recruit and retain students but to also bring in the outside community as well. It’s something that speaks to our core mission as a college.”

The Keene State College Concert Band is made up of community members as well as students. The performers have prepared for the concert for months. “I’m very lucky,” said Hart, “[the performers] come in every Tuesday and Thursday and lay it all out there most nights. They leave large portions of their soul in the room. I expect every human is capable of great artistry, and that’s something I try to convey with this group and that’s something that they latch onto really well and I’m very proud of them for that. They’re busy people too, somehow.”

Concert Band member, guest conductor and junior Madison Shimko spoke about her experience with this year’s concert. “It’s really interesting [for us] to pull something together in the last four weeks of school and really put together a pretty awesome concert. I think I’ve grown from the pieces we’re playing. They’re very fun to play, challenging to play, it’s very stereotypical music.”

Sophomore Amanda Smith, who attended the concert, said, “It was awesome. I haven’t done band in two or three years and this made me really miss it.”

Sophomore Jaden Rogers, who also attended the event, said, “I’ve never really been a proponent of concerts, but hearing the dynamic instruments really gave me a love for it, especially the last piece, ‘Bali.’”

Junior Sam Kingsberry said, “The concert really restored my appreciation for this kind of art form. I originally came to Keene [to study music], but switched to a different career path, and this concert was good enough to make me miss it.”