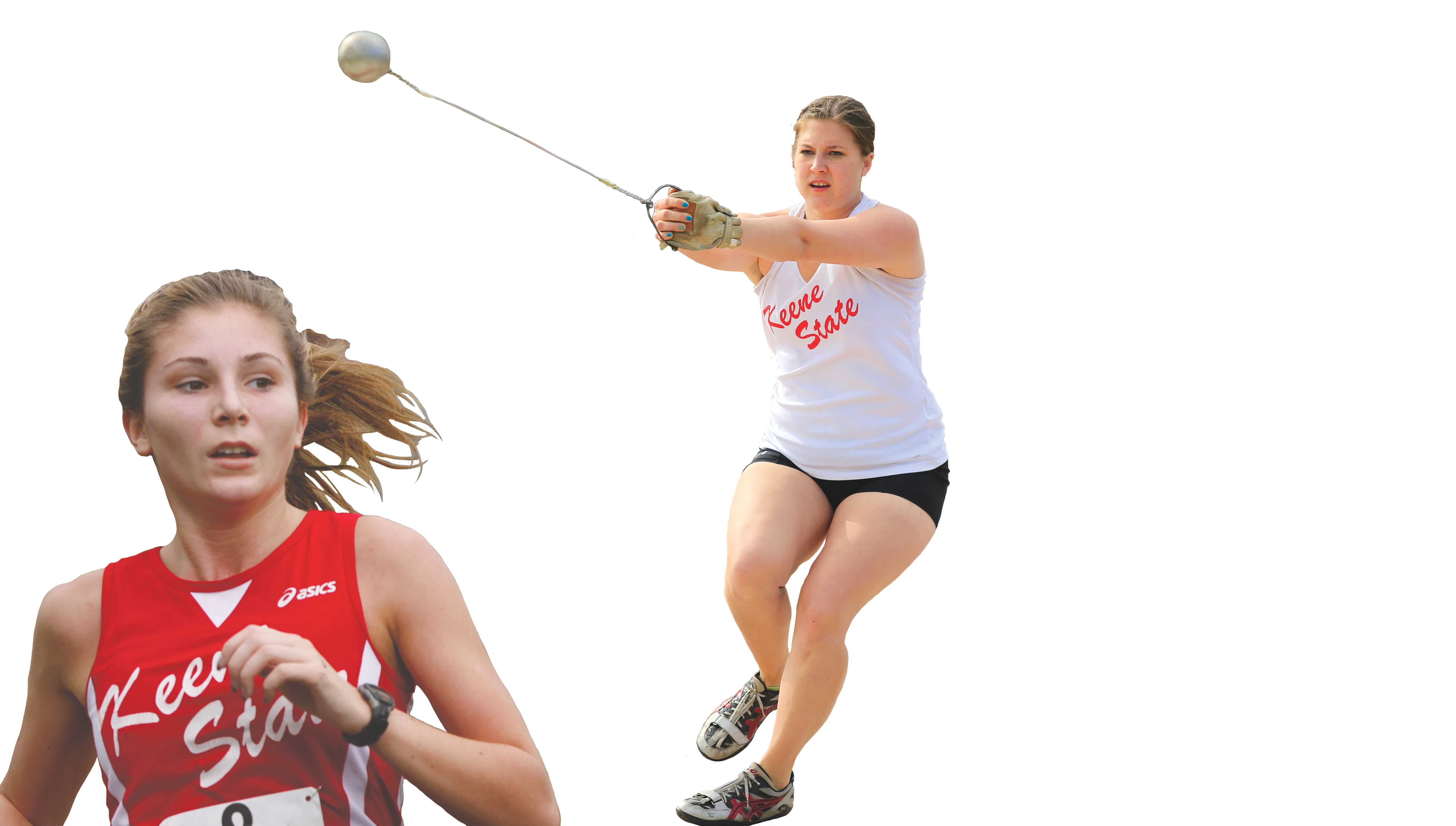 Once Owls themselves, Keene State College track and field alumni Whitney Cyr and Paige Mills now coach the sport at the collegiate level.

Cyr, who graduated from Keene State in 2013 as a journalism major, is the associate coach for the track and field team at Franklin Pierce University. As an Owl, Cyr was primarily a thrower and participated in shot put as well as hammer throw, which she said was her favorite event. Cyr also earned All-Little East Conference honors as a thrower with Keene State.

After graduating, Cyr got a job as a reporter in Massachusetts until she saw a listing for a throwing coach position at Franklin Pierce University.

“I missed throwing and track; I missed that part of myself. I applied and got the job as a part-time coach in 2014 and I absolutely loved it,” Cyr said.

Cyr worked her way up the ranks and has been the associate coach of track and field at FPU for two years and is now in her seventh year working with the team.

Cyr said that the transition from athlete to coach was not an easy one.

“As an athlete, especially in track, you feel like you have control over your performance. Now as a coach, I get more nervous over my athletes competing than I ever did for myself, but I do the best to help them. I want them to do well and have those big moments,” Cyr said.

Mills, on the other hand, graduated from KSC a year earlier than Cyr in 2012 and is now head coach of the Keene State track and field team as of January 2020.

As an Owl, Mills was a distance runner participating in the 800-meter and the mile. Mills was recognized for her performance by being named an All-American three times.

After graduating, Mills headed out west where she was a graduate assistant at the University of Redlands in California. Out west, Mills worked with former American Olympian Steve Scott.

One day, Mills received word that there was an opening for a head coaching position at Keene State and she applied immediately.

“It was a dream of mine as an athlete to become a coach and I always knew I wanted to come back home to coach at Keene,” Mills said.

Cyr and Mills were teammates on the KSC team for some time, and although they competed in different events, Cyr was still happy for her former teammate.

“It’s very exciting to know that Paige became head coach. It’s exciting to see your own teammate as a coach,” Cyr said.

Mills expressed much of the same sentiment, saying she was proud of Cyr for landing a coaching position at Franklin Pierce.

Upon both reflecting back, Mills said she was appreciative of her time as an Owl and hopeful for what her future has in store.

“I’m really thankful to be here and for the athletic department for welcoming me. I’m excited for what lies ahead and I’m excited to build a legacy,” said Mills.

Multi-sport athletes Previous
Can you say ‘comeback’? Next 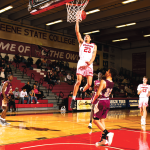