The student government for Keene State’s graduating class of 2023 has confirmed the cancellation and rescheduling of the fundraising event they had planned to put on in the campus Student Center on February 14.

Abby Cohen, the president of the class of 2023, confirmed the student government decided to cancel the event last minute, which would have raised funds for the graduating class. She pointed to several other events also taking place in the Lloyd P. Young Student Center on the same date as the reason. Other events going on that same day included Keene State using the Mabel Brown Room to host an event for MathCounts, a series of nationwide mathematics competitions for middle school students, as well as a for-profit sale of jewelry and crystals by a small local business taking place at a table on the Student Center’s ground floor.

Cohen stated that the class of 2023 still intends to hold their fundraising event later in the year, aiming for a day closer to Spring Break. The student government has not chosen a date for the rescheduled event or offered any further comment on their plans for fundraising yet.

Lonnie Hiltz can be contacted at LHiltz@ksceqinox.com 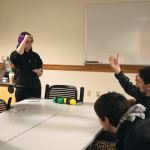 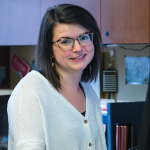