Comic book franchise films have become nearly impossible to assess as individual films because of connecting plot threads. DC films in particular became a complete mess, and I have no idea what the overarching strategy has become. However, I do know that “Birds of Prey: And the Fantabulous Emancipation of One Harley Quinn” is a welcome step in the right direction.

“Birds of Prey” is the second feature film by Chinese-American director Cathy Yan, who is also the second woman hired to direct a DCEU film. Her previous film “Dead Pigs” (2018) was inspired by the 2013 Huangpu River dead pigs incident and received a Special Jury Award for ensemble acting. Yan’s ability to balance an ensemble cast certainly comes across in this women-driven film starring Margot Robbie, Jurnee Smollett-Bell and Ella Jay Basco. Ewan McGregor and Chris Messina also star in the film.

In the animated and explosive opening of the film, Harleen Quinzel (Robbie) breaks up with the Joker. Unfortunately, her public breakup draws the violence of every person she has ever wronged because they view her as a viable target without the protection of the Joker. This includes crime lord Roman Sionis (McGregor) and his henchman Victor Zsasz (Messina). However, an opportunity for Quinn arrives in the form of young thief Cassandra Cain (Basco), who steals an invaluable diamond from Zsasz.

The story is being told in retrospect by Quinzel and occasionally she has to correct the narrative by adding forgotten details. Robbie absolutely dominates the role of Quinzel with charming insanity that belies a PhD in Psychology that is occasionally used to diagnose other characters. Her chemistry with Basco is delightful and I hope Basco has a fruitful acting career. Everyone manages their roles well, with Smollett-Bell as Dinah Lance being an additional highlight.

“Birds of Prey” is a refreshing breath of fresh air for its diverse cast and addressing of diversity issues. I appreciate that none of the characters are shot in a sexual manner and their gender is never called out. “Avengers: Infinity War” (2018) and “Avengers: Endgame” (2019) both had shots that highlighted female characters, which comes across as self-congratulatory. At one point, Quinzel gets highly intoxicated and two men attempt to kidnap her, but Lance steps in and incapacitates the men. I appreciate the realistic portrayal of attempted assault that is resolved in an ideal manner, by intervention.

My only issues with “Birds of Prey” are the pacing that slows in the middle and underutilization of Mary Elizabeth Winstead. However, they are not enough to seriously detract from the well-choreographed action featuring grenade launchers and baseball bats, the perfect soundtrack or the beautiful scene about the loss of a bacon, egg, and cheese sandwich that almost made me cry. “Birds of Prey” is a fun and colorful action film that is not afflicted by the baggage of previous entries in the franchise.

Dylan O’Connell can be contacted at 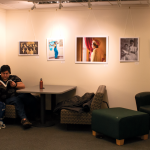 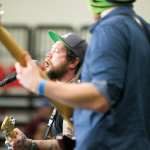