What it means to be a real leader

Being a leader is a very tricky thing; many people think that they are that kind of person but, in reality, very few people are.

In my opinion, being a leader is being somebody with a vision that they are truly willing to go the distance to fulfill. It is being able to get others to also believe in that vision and work with them to achieve that goal.

One of the biggest things I think a leader needs to be able to do is properly navigate a crisis and make everybody who follows them believe that everything is going to be alright.

While I believe very few people are leaders, I think anybody who puts in the effort and the hard work can be. A big first step to being a leader is being willing to do the things that others may not want to do. I am a firm believer that if you do the things that others don’t want to do consistently, you’ll eventually just get used to it and do it regularly. This is a sign of a leader because when others think something is too hard, or just don’t think it is worth it, a leader steps up and thrives.

Another way to be a leader is to strive for excellence in everything you do and never be content with where you are. This constant want for more is huge in a leader because it allows them to know what their goals are, and when people see that somebody is set on a goal they tend to gravitate toward that person. In the words of legendary Green Bay Packers coach Vince Lombardi, “Leaders aren’t born, they are made. And they are made just like anything else, through hard work.”

If somebody is reading this and doesn’t think that they fit the bill, they should know that college is the time to change that and it is never too late. The beginning of the journey toward being a leader can be as simple as just joining a club or organization. This can be a sports team, student government, band or anything that you can think of. Once you join an organization that you truly care about the leadership will come because you will be genuinely passionate about the things you’re doing. People will notice this and begin to admire you as well as see you as a reliable person who they want to be around.

These are all qualities I think a leader has and I will be the first to admit that being all these things isn’t easy. I will also say that despite me getting much more involved in the campus community over the past year I am still not all of these things, but it is the type of person I want to be. It will take time, effort and discipline in many different areas but it certainly will be worth it. 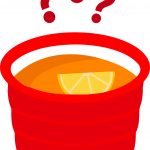 Reflecting on party culture Previous
Questioning the classic Christmas tradition of Santa... Next

What it means to be a real leader