This decade’s most iconic music

With the end of the decade almost here, Instagram stories have been

flooded with Spotify recaps of the year.

Music is extremely prevalent in today’s pop culture and 108 students from Keene State College wanted to share their opinions on their thoughts on the music of the last decade through a survey sent out to all four class years.

According to the survey, 40.9 percent of students who answered the survey chose an album classified under R&B/ Hip Hop.

Spotify’s top 2019 list also coincided with this. Their article said the top three artists of the year are Post Malone, Billie Eilish and Ariana Grande, all of whom appeared on the survey except Post Malone. Spotify said the rapper “claimed the spot of the most-streamed artist with over 6.5 billion streams from fans around the globe.”

While Post Malone was the most listened to on the music streaming app, he was not listed as the most liked album in the past decade on campus.

R&B artist Khalid’s album “American Dream,” produced in 2017, took the win with 27 percent of the votes given. All 30 students who voted for the album were from the sophomore class of 2022.

YourEDM posted an article last August claiming Khalid as the most music streamed artist of the year.

The 21-year-old became the most streamed artist with 50.196 million monthly followers, which were lower than Post Malone’s end-of-the-year total, but still a remarkable amount of fans.

Caitlin McCracken, a Keene State College sophomore who is part of those 30 students, said she found herself listening to “American Dream” the most out of the year. “I find his music to just be a vibe and good to listen to at any time.”

Other albums mentioned laid in genres such as Pop, Rock/Metal and Alternative/Indie.

The genre with the second most albums suggested were categorized as Rock/Metal with 27.3 percent of all votes.

While artists like My Chemical Romance, Foo Fighters and Hatebreed were showcased, none of the albums reached the second most liked album by students on campus.

Pop, which only had four albums suggested, rushed to second place with the Jonas Brothers’ new album “Happiness Begins,” released earlier this year.

This album differed in a variety of voters who came from three out of the four class years here.

Music will always have a strong hold on our society, as it’s riddled within many cultures across the globe and often brings people together from opposite sides of the world.

A thread on the popular student platform Reddit had dozens of threads predicting and displaying hopes for a “Pop Girl” to hit the top of the charts for the new decade’s top artist of 2020.

Until then, Post Malone will hold Spotify’s number one this year and Khalid reigns champion on our college campus.

Angelique Inchierca can be contacted 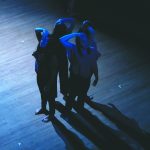 Showing their moves Previous
Juice Wrld dead at 21 Next 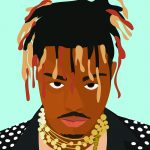 This decade's most iconic music