Documentary on the first 100 years of KSC screened

“Enter to Learn, Go Forth to Serve: The First Hundred Years of Keene State College” is a documentary that explores the history and development of KSC up to its centennial in 2009. On Friday, December 6, the documentary was shown in the Redfern Main Theatre.

The film was co-produced by KSC Film Professor Lawrence Benaquist and KSC Film Lecturer Lance Levesque with the assistance of multiple students. KSC Professor of Modern Languages and Cultures Tom Durnford is the narrator of the film and also assisted in its creation. It was completed in late 2010.

“There were about 60 students involved, but there were probably about a dozen students that were a team of the lead students,” Levesque said.

The documentary begins at the turn of the 20th century when KSC was founded as Keene Normal School, a school meant to teach students the norms of education. From there, the film follows the history of KSC in chronological order, featuring milestones such as when the first dormitory was included on campus, the first male student was admitted, when KNS transitioned to Keene Teachers College in 1939 to when it eventually became Keene State College in 1963.

Deeper issues that arose on campus are also explored in the film. This included the struggle to maintain male students during World War II when they were being drafted, students marching all the way from Keene to the state capital of Concord to protest the lack of funding at KSC in 1964, the struggle of Vietnam war veterans to come to terms with their service and focus on education, the unionization of faculty and staff from the 1970s to the 1990s and the development and construction that brought campus from one building on Main Street to what it is today.

After the screening of the documentary, there was a panel that included Benaquist, Levesque, Durnford and KSC alum who helped in making the film Jeremy Kingwell, who all answered audience questions about the process of creating the documentary. One thing the group agreed was essential when making the film was to have no gender bias since the film features many female alum stories.

“Maybe guys ran it for a long time but it was their [the women’s] school,” Benaquist said. “We realized we were a bunch of guys making a move with largely women in it. So we had showed [the film] extensively to women for their thoughts and that changed our direction a lot because we realized we had gender bias going on. We tried to show that women really had a shot here and a lot of them came from farms where this was a big transition for them.”

The film also includes many old audio interviews with alum from as far back as 1917 and photos of old yearbook and student newspaper clippings. The group said that since the college archives weren’t fully formed yet, the Historical Society of Cheshire County was able to provide much of the historical content they used. Kingwell shared an anecdote of one unconventional way they found old photos.

“Somebody had decided to clean out an entire department and I heard they were throwing a bunch of photographs away. We ended up finding some treasures that were actually going to the rubbish,” Kingwell said.

Kingwell also noted how meaningful this experience was to him as a student.

“The greatest part was using the type of gear I still use today professionally. It was phenomenal the level of professionalism I was able to be a part of while learning at college to do this very thing when I graduated. I was already in the throws of it right then and there. That was invaluable,” Kingwell said.

However, this process did not come without its struggles and tribulations.

“One of my favorite stories about making this documentary was we spent one day, about eight hours, filming a plaque on the wall. It was such a beautiful shot. It was only about three seconds long but it took eight hours to get and it’s not in the movie,” Kingwell said. “A lot of stuff like that just comes with filmmaking in general. There’s a lot of stuff we edited for and is just as interesting but sometimes doesn’t align with the overall story.”

The group all said the final product was well worth it in the end. Moving forward they all hope that the film is able to reach more people, including underclassmen students. Durnford also noted how forthcoming many of the interviewees were and how they were not turned down by anyone they requested to speak with.

“Enter to Learn, Go Forth to Serve: The First Hundred Years of Keene State College” is available for purchase on DVD on Amazon. 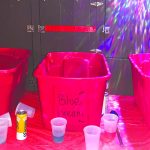 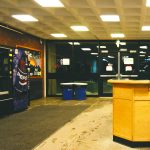 Documentary on the first 100 years of KSC screened