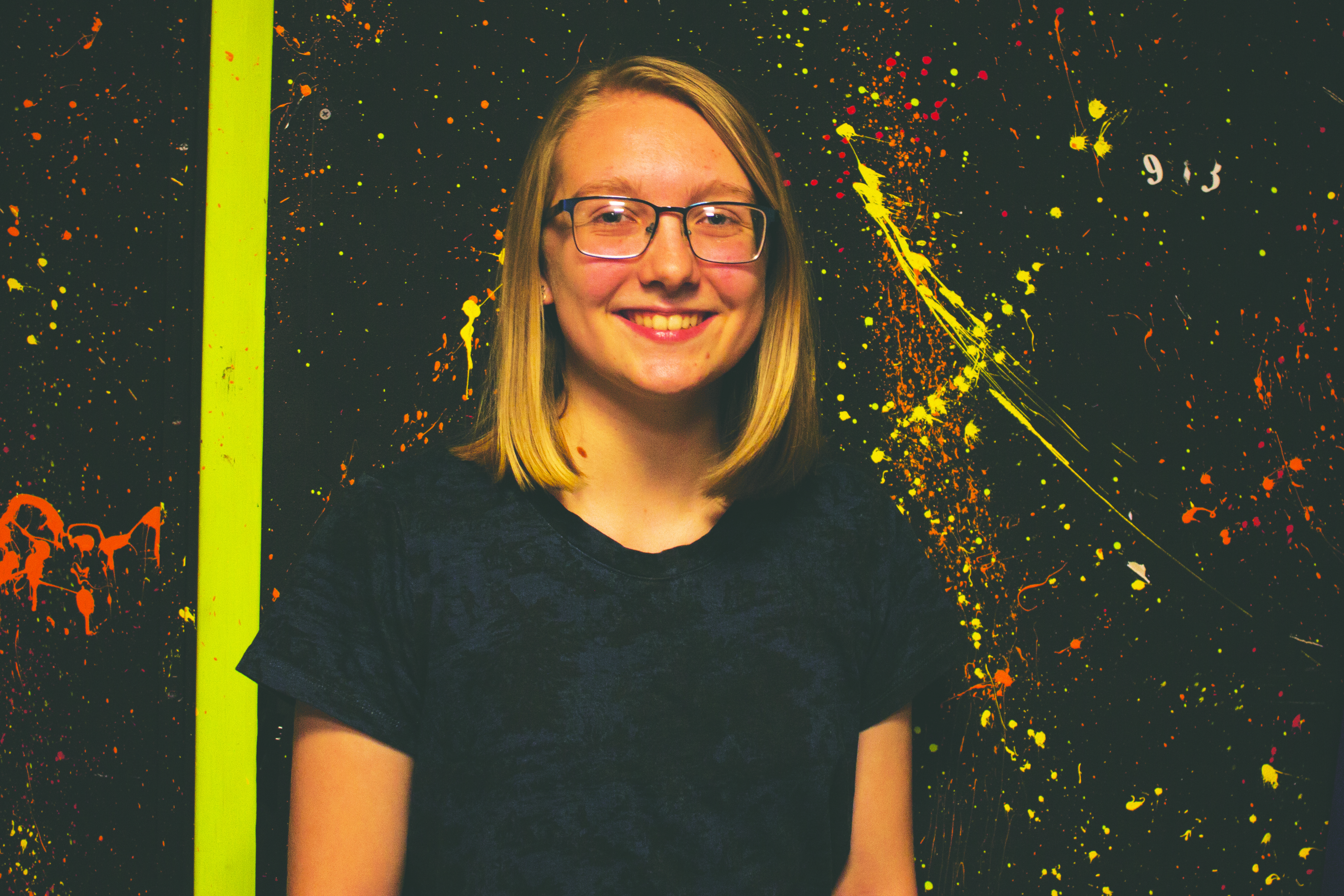 From working at the front desk of the TRIO office to being the public relations coordinator at WKNH and MTNA (Music Teachers National Association), being an orientation leader here at Keene State and being a tutor through ASPIRE, second-year student Colette Rinker has a lot on her plate.

Rinker is majoring in communication studies and is also minoring in professional writing.

Rinker has a busy schedule and most of her time is taken up by WKNH. “I am the public relations coordinator,” Rinker said. “I make [WKNH] fancy posters and manage the social media accounts.”

WKNH is a major part in Rinker’s day-to-day life at Keene State College.

It was the first club that sparked her interest as a first-year student. “WKNH was the very first thing that I got involved with on campus when I went to the student involvement fair,” Rinker stated.

On top of all the hard work that comes with being the public relations coordinator, Rinker also hosts her own radio show.

Rinker explained how her very specific music taste inspired her to create her own radio show. “I have a very interesting music taste of Indie-Folk,” Rinker expressed.

“I wanted to share that with people because a lot of people do not know about weird indie-folk music. I started as a one hour show and now that I am an executive board member I have a two hour show.”

Bringing her music over the radio waves has helped Rinker express herself. “For me, [the show] is always at the end of the week to just unwind, have a good time and be myself.”

Because of her radio show, Rinker has been able to create a community through WKNH.

Although she is a communication studies major, Rinker is heavily involved in the music community around campus.

Originally, Rinker came to Keene State as a music performance major in voice and piano.

Through some career searching, Rinker decided on what she ultimately wanted to study. “From looking at what I wanted to do after I leave Keene State, communications fits more of my end career goal,” stated Rinker. “I am still involved with the music department through MTNA.”

As the public relations coordinator at MTNA, she manages their social media and takes on other various tasks that come with the position.

Throughout her hard work and busy schedule, Rinker has made herself very noticeable around campus.

“Rinker is the type of person to light up the room when she walks into it,” Rowan Herbet, a friend of Rinker, explained. “She is unfailingly kind and very responsible.”

Outside of the music world, Rinker was an orientation leader this past year and was rehired to be on staff again for the summer of 2020.

Being an orientation leader has helped Rinker get ahead in her career before she graduates. “[Orientation] relates to what I want to do after I get out of college,” Rinker explained. “I want to go into higher education administration. I want to help students feel like where they end up going to college is their second home.”

Rinker really wants to influence students, and through orientation she is able to fulfill that goal. “Being a part of a student’s first memories here at Keene State and making it their home and a place they are comfortable being; at the end of the day, that is what really drives me,” Rinker stated.

Through Rinker’s busy schedule, she has a lot to keep organized and to do.

At the beginning of each semester, she meets with her educational counselor. “We sit down and look at my schedule,” Rinker said. “We fill out a time-blocking sheet with my classes and work and that helps me stay organized.”

Not only does an educational counselor help Rinker stay organized but technology does as well. “I live by my calendar on my computer and my phone,” Rinker stated.

Through being so involved, Herbet explained how Rinker helped him be less negative about things. “Colette taught me the importance of having a positive outlook,” Herbert said. “I tend to look on the negative side of things so that I don’t get disappointed, but she does the opposite. It’s refreshing to be able to look at things from that point of view.”

After a long day of working through Rinker’s busy schedule, she likes to watch Netflix. “I like my time alone,” Rinker stated, “binging on ‘Sabrina the Teenage Witch’ and just having a fun time!” 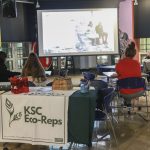 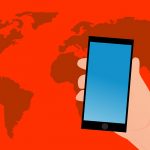