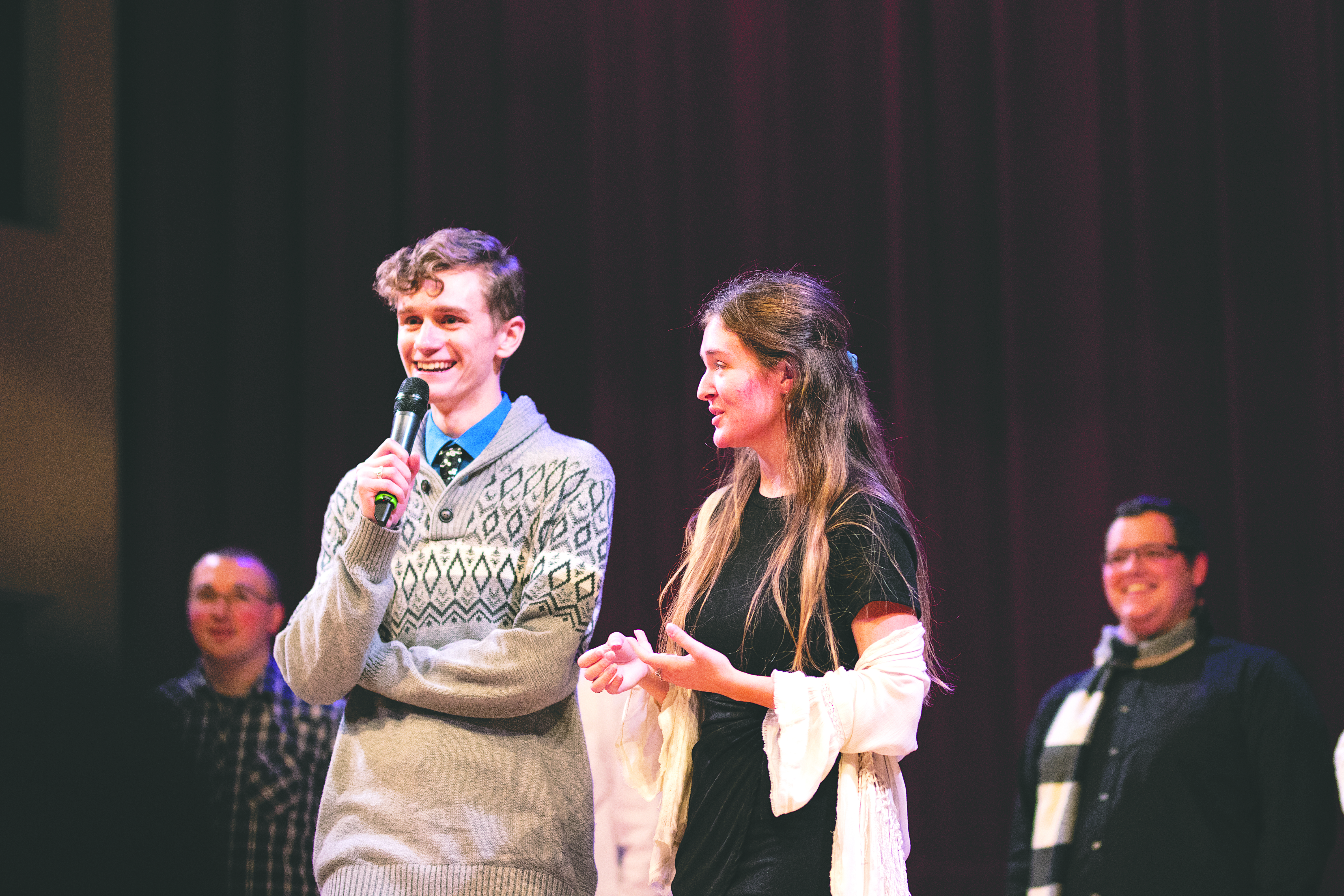 The concert featured arrangements and medleys of popular songs that were certain to be familiar to the majority of the audience and create a fun atmosphere.

Many of the songs are arranged by Ducharme. She explained her process of making and listening to the arrangements. “I’ve always used GarageBand for my vocal arrangements,” said Ducharme. “When I find one I want to do, I listen to the bass line and percussion and record those two. Then I record the solo over it and turn any sort of cords or syncopated sounds into any soprano, alto or tenor parts. The number of parts can range from four with a beatbox to eight or nine with a beatbox.”

The song choices were diverse containing pop songs, classic rock and even a Broadway hit. First-year soprano Mary Graham explained how songs were chosen. “Members of the group choose to arrange songs and then they bring them in. What is really cool is that every song they put work into arranging will be performed. Once we have heard them all we simply vote on the order in which we will perform them for the concert,” Graham said.

This was Graham’s first experience performing with an acapella group and she expressed gratitude toward the rest of the group. “While it was a lot of work, it was also so much fun. Everyone gets along really well so rehearsals can be a lot of messing around before we decide we need to get things done. Difficult songs took longer, but we were able to pull it together in the end.”

Different songs appealed to different people both in the audience and in the group. There were slow, meaningful songs and there were energizing crowd-pleasers. Two first-year students Julia Mitchell and Monique Deschenes said it was their first time seeing Chock Full of Notes perform and they were impressed by the songs that were chosen.

“I really enjoyed the show. I got chills, actual chills, during the last song [“Him” arranged by Ducharme]. They are really talented,” said Deschenes.

Ducharme herself was also a fan of the arrangement based on the song “Him” by Sam Smith. “It was one of the first ones I made over the summer. The message in the song is really moving and I feel as though it’s our strongest song this semester both sonically and how it was portrayed emotionally.”

While the slower, more heartfelt finale was a fan-favorite, Mitchell connected more to the upbeat “Wannabe” arranged by Magee and Thurston. “It was right after intermission and it was definitely an energizer. It got me really excited for the second part of the show,” said Mitchell.

Tim Whitaker, a beatboxer for the acapella group, explained how his role adds to the sound of a song. “I think a beatboxer can create the entire shape for the song. They get the privilege of tailoring each beat to how they want the atmosphere to sound,” said Whitaker.

While Chock Full of Notes doesn’t have another concert this semester, they will start working on the spring performance after they get back from the break. 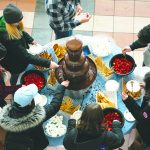 Celebrating winter Previous
Ace of all traits Next 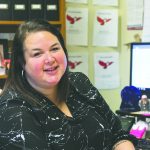