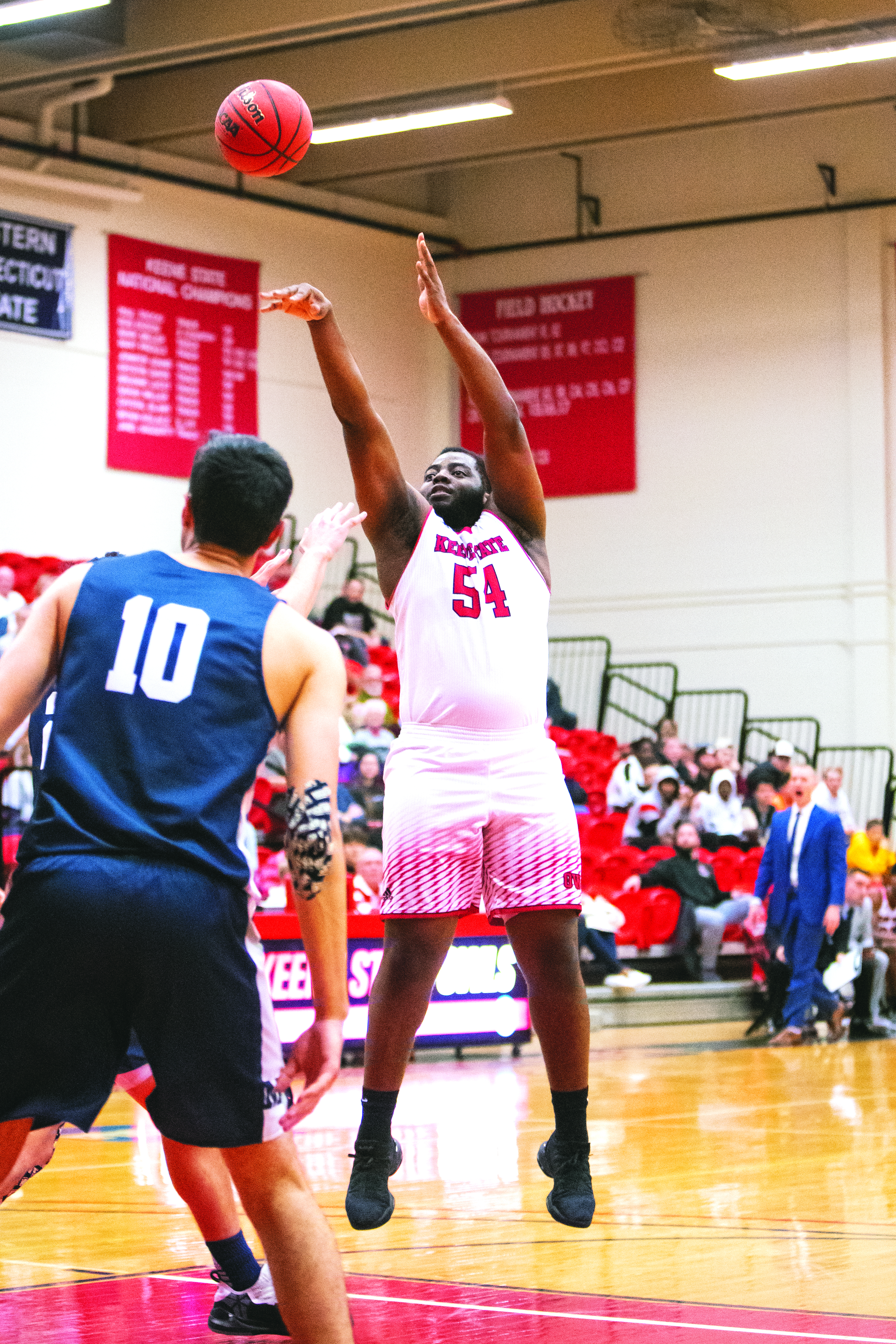 If you’ve ever been to Spaulding Gymnasium for a Keene State College men’s basketball game, you’ve probably heard the name James Anozie called over the loudspeakers more than a few times.

Standing at 6’6”, “Big James” is one of the biggest key players on the 2019-20 Keene State College men’s basketball team. He’s the second tallest player on the team and uses every bit of his height to his advantage. Through five games this year in his junior season, Anozie leads the Owls on both offense and defense. He averaged 18 points per game and 6.6 rebounds per game this season, the most on his team in both categories.

“I’d say during offense I’m looking to score, because that’s usually my first option,” Anozie said. “If I have the mismatch I’m going to score. But if I don’t, I usually get double-teamed a lot. Triple-teamed? I don’t know about that, but we’ll see. But usually when that happens I’ll just kick it out, or something like that, or just look to score.”

Earlier this season when the Owls traveled to Salem State University, Anozie put those offensive abilities on full display, scoring a career-high 30 points and leading the Owls to their first victory of the season.

Furthermore, Anozie showed off his defensive power last week in a game against the Albertus Magnus College Falcons, grabbing 10 rebounds, the first time he reached double digits in the category in a single game this season.

“On defense usually I just look to try to lock my guy up, usually try to hold him to under 10, five, whatever it is. I’ll hold him to zero if I can. I really look to improve my defense throughout the whole year.”

Anozie started playing basketball at a young age, and was competitive right away. In kindergarten Anozie competed in a Catholic Youth Organization basketball program in his hometown of Poughkeepsie, New York. From the minute he first stepped onto the court, he fell in love with the game.

“My parents wanted to put me in the little CYO program to see what would happen,” Anozie said. “Ever since then I just fell in love with the game, playing CYO and playing with my friends. It was really because of my friends. All of my friends played basketball back in the day, so I was like, ‘You know what? Let me give it a shot.’ I was actually pretty good. It helps when you’re taller than everyone too, so why not [play]?”

Anozie’s basketball dominance carried over into high school, when he played for Our Lady of Lourdes High School in Poughkeepsie. He ended his high school career with a long list of accomplishments, including helping his team become league champions back-to-back seasons as a junior and a senior, being named the Dutchess County Player of the Year as a junior and a senior and becoming a member of the school’s 1,500 point club, ending his career with a grand total of 1,650 points scored in his four years with the team.

From there, he moved onto Keene State College in 2017. In his first-year, he made the roster for the Owls’ men’s basketball team and had an immediate impact on the team’s success. As a freshman, Anozie averaged 12.6 points per game, the second highest average on the team behind Ty Nichols, the Owls’ all-time leading scorer who averaged 20.6 points per game that season.

“I ended up picking Keene State because of the environment,” Anozie said. “ I really liked [Coach Cain] as a coach and the person he was. I’m seeing what programs he’s trying to build here and I want to be a part of that. I want to help him reach those goals. I just want to help the team win as many games as possible.”

In his career with the Owls so far, Anozie has helped the team win plenty of games, including the coveted 2018-19 Little East Conference championship game. With nearly two full seasons left on the team, Anozie will look to keep adding plenty more accolades to his already impressive basketball resume. 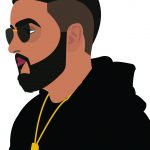