And after that… (there was) the Devine Feminine

I think people sometimes forget that artists are people too. They make friendships, get in arguments and feel the range of human emotions that people feel every day . One of the artists who gave us a glimpse into what he was feeling was Mac Miller. Many originally  dismissed Miller as another “frat  rapper,” but then with later releases like “The Divine Femine” and “Swimming”  he opens up more with his emotions. After Miller’s passing last year in September, many fellow artists, celebrities and close friends all spoke out about how he was universally liked and appreciated; this had many people scratching their heads and wondering why Goldlink, fellow friend and collaborator of Miller, went out of his way to write a backhanded letter toward the late rapper.

Miller and Goldlink’s relationship started when Goldlink was opening for Miller during his 2015 “GO:OD A.M.” tour. Miller had allegedly heard Goldlink’s project at the time, “And After That, We Didn’t Talk.” According to Goldlink, Miller had copied the idea of his album, implementing it on his own “The Divine Feminine” a year later. This was the driving force behind what seemed like years of hidden resentment and the reason why he decided to release the letter.

Goldlink’s letter toward Miller was posted on Instagram on November 26, stating his grievances and admiration about Miller. Goldlink said, “I’d be lying if I said I was surprised to hear that you died on us. Not because you were necessarily troubled, but because you were special and because of that, you were troubled.” He proceeds to draw comparisons between both of the albums, Goldlink noting that they were both utilizing an Anderson Paak. feature, who is known to be better friends with Miller than with Goldlink. He also mentioned his suspicions on how he released his album under the Soulection label and the same label helped Miller for his “Divine Feminine” tour.

Shortly after airing all of his suspicions out in this letter he stated, “We have seen each other at Coachella, and you put your head down like an innocent child, but I told you to pick it up and I hugged you like the brother you are to me. You were the first person brave enough to openly say ‘he’s dope.,’ and gave me a platform. That meant more to me than anything else.” It seems like Goldlink is being shady toward him, yet still appreciates him and the album.

Mainly loyal friends and fans of the “Swimming” artist came forward to protect the deceased rapper, since he couldn’t speak on his own behalf. One of the people who did so in a now-deleted Instagram post was Anderson Paak.. Paak. stated, “You ain’t the first to make an album inspired by a relationship, you ain’t the first to make a song featuring Anderson Paak. but you are the first to disrespect my friend who is no longer with us for absolutely no reason and I can’t stand for that. I’m not a tough guy but i’m not about this negativity but this bugged me bad bro.” Paak. mentioned he only brought it to Instagram and threatened him because he wasn’t responding to his calls or direct messages.

After all of this happened it seemed the majority of fans from both sides were agreeing with Paak.. I fall under this category as well; Goldlink has had his own accusations with plagiarism and, since his name and songs are getting a lot more traction through TikTok, he should be trying to use Miller’s name for more clout. Even if during points of their relationship he felt this way, he should have left the issue alone instead of bringing it up for no reason. 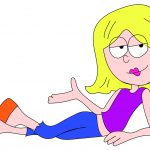 This is what dreams are made of ... . Previous
Finding the back of the net Next

And after that... (there was) the Devine Feminine