The War in Afghanistan is the longest war in American history. Since 2001, American troops have been fighting a war against terrorists and insurgence groups in the fractured country, and now, 18 years later, there is no conclusive end in sight.
An overwhelming number of democratic candidates support an end to the war, with most major players agreeing that we must pull our troops out and bring them home. However, some candidates hesitate on completely committing to pulling out, focusing on the complications it may cause.
Senators Cory Booker, Tulsi Gabbard, Elizabeth Warren and Bernie Sanders all support pulling out of the War in Afghanistan. Gabbard believes that we have been at war for far too long, leaving neither our own troops nor the people of Afghanistan in a better position since the beginning of the conflict. She discusses ending the “wasteful regime-change wars” in not only Afghanistan but elsewhere in the Middle East and beyond. Sanders delivers a similar position, also saying he is currently working in Congress on getting us out of the current war in Yemen and preventing a conflict with Iran. Booker says we need to get out of Afghanistan responsibly, criticizing candidates for putting a timeline on our military.
Senator Kamala Harris, Mayor Pete Buttigieg and Andrew Yang take slightly different approaches to the issue. Buttigieg, while wanting to bring troops home, discusses maintaining some sort of force in the area to preserve homeland security, similar to those we have in other regions. He does, however, support the removal of troops themselves, as long as it’s done well and not poorly. Harris focuses in on some sort of reinforcement for the Afghani government and its troops, though does not specify what form that reinforcement takes. Yang does not promise to have troops out, saying that while he would like to bring them home, it’s currently impossible to know what will be needed “on the ground” during the timeframe of what would be his first term as president.
President Donald Trump took an “America First” position during his campaign and went against both the Wars in Afghanistan and Iraq, but has not been able to make any significant steps to pull American troops out of Afghanistan. In fact, negotiations between the Trump administration, the President of Afghanistan and Taliban leaders broke down in September after Trump canceled the meeting, declaring talks “dead.”
I personally would agree with most presidential candidates that we need to find a way to get our troops home and end the War in Afghanistan. However, I also believe that we unfortunately cannot simply bring our troops home without any reinforcement within Afghanistan and expect everything to magically be better.
We saw only a few weeks ago what happens if we pull out troops without any sort of long-term plan as Syria erupted into even more chaos between the Kurds and Turkish invading forces. We also saw earlier this decade, after American troops were pulled out of Iraq, that without fully stabilizing a country we left in turmoil, even more violence can arise.
Only three years after we pulled out of Iraq in 2011, ISIS took over more than half of both Iraq and Syria. Because of this, I would side more with the likes of Mayor Buttigieg, Yang, and Senators Harris and Booker. We should work on bringing our troops home, but only if the safety of our troops leaving, security back at home from terrorists and some level of stability in Afghanistan are secured before we leave.
DISCLAIMER: This article is the sole opinion of Patrick Holden.
Patrick Holden can be contacted at Patrick.Holden@ksc.keene.edu 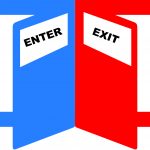 Reliability is the best ability Previous
Expecting respect for everybody Next