“It’s not whether you get knocked down; it’s whether you get up.”
This is a well-known quote from the late, great Vince Lombardi who had outstanding success as a NFL coach for the Green Bay Packers, New York Giants and the Washington Redskins.
This quote focuses on the physicality of sports. When an athlete gets knocked down, no matter how hard or how many times, a good one will always get back up.
But what about when the takedown isn’t a physical one?
What about the times that it isn’t a tackle or torn ACL that ends an athlete’s season or a cold that stops them from showing up to practice?
Three or so weeks ago I reached out to every coach on campus and told them I wanted to do a piece on student-athletes who are thriving in their sports and lives who also deal with some form of mental health disorder.
Out of all of those emails I got three responses, two of which said they would ask their team, and one of which gave me a contact.
These responses got me thinking.
Mental health has always been a taboo subject among student-athletes.
According to the NCAA’s Mind, Body and Sport: The psychologist perspective handbook, the reasoning behind this is because we have created a stigma when it comes to mental health disorders and being an athlete. Being an athlete has always been looked at as being tough in every sense, having strength no matter what and not letting anything knock you down. But this stigma makes it difficult for a student-athlete to come forward and get help; in fact, it more often than not causes a student-athlete to minimize their disorder and, in many ways, hide it.
The reason this is scary is because according to the NCAA’s own data, “heart problems (for women, often resulting from eating disorders) and suicide [are] the second and third leading causes of death among student-athletes.”
Student-athletes have to deal with all the normal pressures of going to college and the pressures of being a successful athlete are piled on top of that.
It’s in the name:
Student.
Athlete.
They constantly juggle schoolwork, practice, presentations, games, essays, championships, buying new books, buying new equipment, friend drama, teammate drama, make-up work because they had a game, make-up practice because they had class and the list goes on and on.
With this much going on in their lives it’s horrible to think that they may not feel comfortable saying “I need a mental health day,” or even “I just need a break.”
This isn’t directed at Keene State athletics or the coaches in particular, because it isn’t something that only happens at Keene State.
But for any Keene State student-athlete reading this, the Wellness Center Counseling Services is open Monday through Friday from 8 a.m. to 4:30 p.m. You can call to schedule an appointment at 603-358-2437 or visit their website by going to keene.edu and entering in the search bar ‘counseling services’ for more information.

This is the sole opinion of the writer.

Claire Boughton can be contacted
at cboughton@kscequinox.com 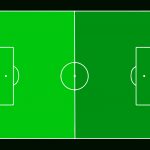 Upgrading the home turf Previous
Building a legacy at KSC Next