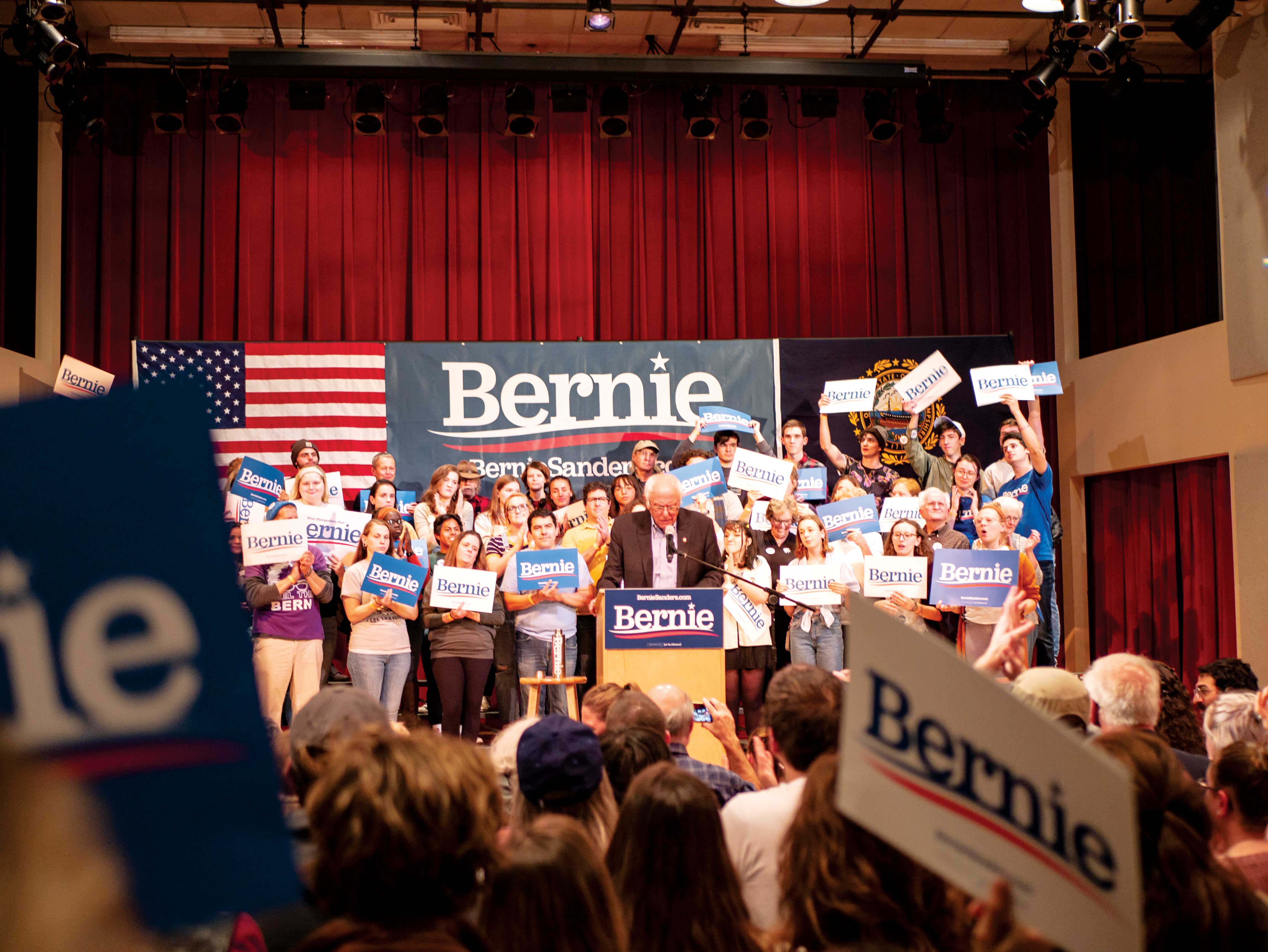 Vermont Senator Bernie Sanders and members of the band Dispatch came to Keene State College on Wednesday, October 30. After a set by Dispatch, Sanders walked on stage to chants of “Feel the Bern!” and “We Will Win!”

The speech highlighted Sanders’ platform. Sanders discussed many issues at the rally including healthcare, abortion, the environment and the drug war.

“Not only are we going to legalize marijuana, we’re going to expunge the records of those who have already been convicted for marijuana possession.” said Sanders. “On my first day in office we will undo all of the racist and ugly things that Donald Trump has done against immigrants.”

“A woman’s right to control her own body is a constitutional right. We will codify Roe v. Wade and I will never nominate anybody to the Supreme Court who is not pro-Roe v. Wade,” Sanders said.

One student who was in attendance was KSC junior Colin Meehan.

“I’ve made it to just about every political candidate who has been here except Sanders and now Biden,” said Meehan. “Considering that he’s recently had a heart attack, I think he’s been pretty good all things considered.”

Meehan believes that foreign policy is the most important issue in this election cycle. “I think our interactions with China are just going to get tougher and I don’t think that this will be resolved peacefully. I want to make sure we have someone in office who is, at the very least, stable,” said Meehan.

Meehan said that he does not trust Trump with nuclear weapons “or with anything, for that matter.” Meehan also said that stability is not the only quality he is looking for in candidates when it comes to foreign policy; he also wants a candidate who has a vision for how to build positive relations with foreign countries.

Meehan discussed the possibility of economic collapse in China and compared it to the collapse of the Soviet Union.

Many of the people who attended the rally firmly said they intend to vote for Sanders in the New Hampshire primary. Meehan compared Sanders to one of his chief rivals, Senator Elizabeth Warren. Meehan acknowledged that their policies are similar, but he believes that Sanders will use these policies to take the country in a better direction.

“Warren has said herself she’s a capitalist through and through. She believes that these policies should reinforce and strengthen the status quo. Sanders has similar policies, but he believes that we can use them to transform the nature of this country. I think the only way to get out of our current mess is through radical change,” said Meehan.

“He has got some neoconservative takes on foreign policy, Venezuela, for example. He has piggybacked off of a lot of republican rhetoric about dictatorship. He’s an interventionist and I’m very anti-imperialist,” said student Christopher Coolbeth.

“A lot of the issues are so important that a lot of the candidates end up agreeing on them. Sometimes a candidate has a really hot take on something that makes them stand out,” said Coolbeth.

Meehan also discussed the 2016 Democratic Primary. “I do think that there was something sketchy going on in the 2016 election. The blowback was so harsh for them that I don’t think they would want to attempt something like that again,” said Meehan.

“The DNC is shockingly incompetent. I say that as a member of the Democratic Party,” said Meehan. However, not everyone in attendance agreed, including KSC senior Griffin Romprey.

“No, I don’t trust the DNC at all. I think they’re going to screw it up all over again,” said Romprey. He feels that Sanders represents change too radical for the DNC to be comfortable with and that the DNC will try to sabotage Sanders’ campaign again.

“I don’t have any faith in electoral politics. I’m more into forcing politicians to do the right thing by organizing in certain ways. It’s less of a gamble,” said Coolbeth.

“I think the nominee is going to be Biden, Warren or Sanders. Biden because there are still a lot of boomers kicking around. Warren because it would be nice to have a first female president and it’s fun to piss off sexists. Bernie because he’s got the most distinctive ideas,” said Coolbeth. “Bernie’s got the most extreme ideas in a narrow U.S. sense. I don’t think his ideas are extreme whatsoever in reality, but he gets the most attention and politics, unfortunately, has become a game of who can get the most attention.”

A member of  the Sanders campaign said that Sanders brings private security with him to every event. The L.P. Young Student Center was secured with guards wanding people at the entrances and when they left bathrooms to return to the rally.

“I didn’t mind it. It did remind me that there’s a lot of radical right-wing extremism in this country and Bernie is the furthest left of the candidates,” said Coolbeth.

“I like going to these things to look around at people and see how they respond to what the candidate is saying,” said Aaron Keaton. Keaton said he also enjoys studying the politician and deciding if they are sincere or not.

Some students, such as Romprey, came to see Dispatch.

Alex Harvey can be contacted at: 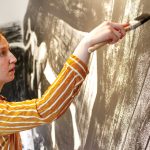 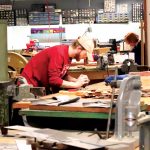