Expecting respect for everybody

Do people ever do some things that you think are both bad and make literally no sense? Well, that’s how I felt during the winter months in The Commons last year.
I would be walking to my room, which was then on the fourth floor, and I would occasionally take the elevator (like most people). But once the elevator doors would close I would be greeted with the sight of salty boot marks from people kicking the doors and what looked like spit that leaked down to the bottom of the door and dried. I would be disgusted and think to myself, “how can somebody that claims to be an adult do this?”
The worst part would be knowing that everybody, including me, would be charged for these peoples’ actions. This wasn’t the only time that I would get charged for stuff like this either. I would often be welcomed into the bathroom by a sink full of vomit or a toilet that was last used by somebody who clearly didn’t know how to aim and just roll my eyes, knowing that my whole hall was going to pay for this.
Having to deal with these kinds of things is extra frustrating because we’re all paying to be at college already and these people are not only making the experience worse but making everyone have to pay more. I would often get texts from my parents after seeing the charges and thinking that I did something, when in reality I’m getting charged because somebody threw up in the middle of the hallway.
Students are certainly affected by these kinds of things, but the ones who are most affected would be the custodians. They are the ones who have to clean up these messes daily and, according to the damage report emails, they would often have to put in extra time to clean up these messes made by legal adults.
Oftentimes, people don’t treat custodians with the respect that they deserve because it’s not the most glamorous job. However, the truth of the matter is that they are very hard-working, normal people, just like the rest of us. People should know that when they treat a building with complete disrespect, they are basically doing the same thing to those who have to clean it up.
Overall, I think all students should just act like respectable adults and not purposefully cause damage to the environment that many, including themselves, are paying to live in. I understand that accidents can happen; it happens to the best of us, but I think you should still be accountable for anything you do and try to clean up after yourself when it does happen. If everybody treated their buildings like they would their homes, we would all be living much more comfortably.
Cristian Valentin can be contacted at cvalentin@kscequinox.com

Patrick’s Politics Talks: War in Afghanistan Previous
Getting me-time shouldn’t be a crime Next 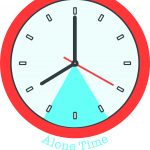 Expecting respect for everybody