The 488th meeting of the Senate of Keene State College convened on Wednesday, November 13 in the Mountain View Room.

New Senator Dominic Lynch was welcomed to the Senate during roll call.

There was an approval of the minutes of the 487th Senate meeting held on October 9.

The Senate Executive Committee proposed a microcredential proposal and ISP amendment policy. There was a charge for a program elimination task force and its need for membership was also discussed. This task force will work to update the existing program elimination guidelines to more accurately reflect the current landscape in higher education and at KSC. It will be chaired by Senator Patrick Dolenc.

The Academic Standards Committee moved for revisions to the course registration timeline in the academic calendar guidelines.

New business was discussed before the Senate adjourned. 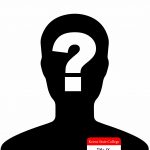