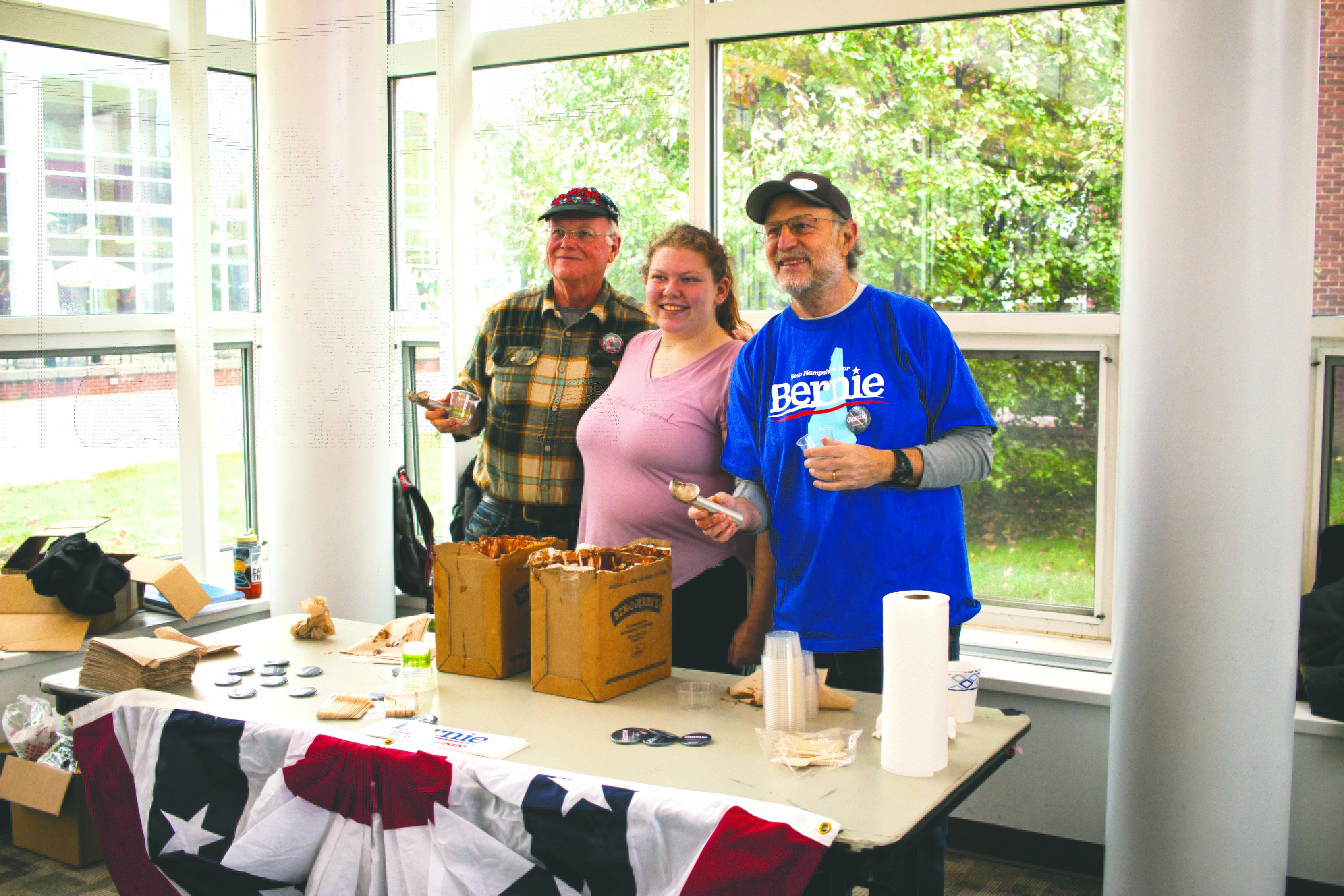 Ben Cohen and Jerry Greenfield from Ben & Jerry’s ice cream company came to Keene State College to scoop ice cream and encourage students to vote for Bernie Sanders.“ We’re very excited to be here for the first ever ‘Lick it, Stick it and Pick it’ event,” Greenfield said.

The co-founders of Ben & Jerry’s ice cream company scooped ice cream in the Student Center on campus. They then took pictures with students and community members and encouraged the audience to support Bernie Sanders in the upcoming presidential election.

“I don’t know how I can best express the idea that this is a once in a lifetime candidate,” Cohen said. “This is a candidate who truly has the ability to live up to [the campaign’s] promise of justice for all.”

“This event is super cool because getting a chance to meet Ben and Jerry is a once in a lifetime event. That never happens. The fact that they’re right here in my school is really cool,” Keene State junior Megan Marcotte said.

“I liked the event. I was already a supporter of Bernie; he really champions equality and justice,” Keene State sophomore Ryan Ainsworth said.

One Keene community member at the event, Alexander Gagliardo, heard about it when he attended a Sanders rally previously held at KSC.

“I support Bernie. I wasn’t sure exactly what was going to happen at this event. I was surprised to learn that Ben and Jerry are here. I didn’t know that they were such strong Bernie supporters,” Gagliardo said.

“His plan is the only Green New Deal platform that is at the scale necessary to confront the problems that we [have],” Cohen said.

Another Keene community member, Scott Dakota, is a progressive activist organizer and frequently attends events like this.

“I support Bernie in the biggest possible way. I never saw enough difference between the establishment democrat or establishment republican party candidates for it to be worth my time,” Keene community member Scott Dakota said. “Here’s a candidate that I’m on the same page with 95 percent of the time; and how often are we going to get an opportunity like this? The time is now.”

KSC first-year Dominic Lynch has a personal reason for supporting Sanders and for coming out to the event.

“The main reason I really appreciate Bernie is his drive and he’s really good at impacting young voters,” Lynch said. “A really close friend of mine has type 1 diabetes and he is the only candidate who’s actually going out and fighting for them to have cheaper medication. He has taken people to buy their medication for them and I just admire that.”

“Supporting a semi-local, Vermont-native for president… I think that’s really cool that they’ve teamed up and I think this will bring a lot of publicity to the campaign,” Marcotte said.

“Here in New Hampshire, this is where presidential campaigns get made or broken and you have the power,” Cohen said. 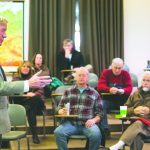 Bill Weld back on campus Previous
Student Assembly 11.21.19 Next