The Mason Library at Keene State College is usually quiet, but it wasn’t on the evening of Wednesday, November 6.

The Poetry Voice Competition is an annual poetry competition that happens every fall semester in the first week of November. This year was the third time the event occurred on campus. Twenty-one students participated in the competition with a variety of poems.

Students recited poems on friendship, sexual violence, love and many other subjects.

Charry said, “The idea is to give writing students some degree of exposure and give them an opportunity to share their work and compete.”

The competition also had some participants from a class taught by Professor Jeff Friedman called Poetry Workshop.

Friedman said, “I think part of being a writing person is being able to say your work, and bring it out. I think that is what we are doing by doing a program like this one. Bringing people to be able to express themselves and also orally perform their work.”

Andrew Foster, Kathleen Fagley and Ashley Rollend were judges for the competition.

Both Foster and Fagley are faculty members of the English department. Rollend is a senior and former winner of the Poetry Voice Competition.

Foster said judges evaluated participants based on their delivery style and content of their poems.

Foster said, “Usually, I feel with the quality of reading, you feel a little electricity. Those were the people who got high marks for their delivery. And for their content, we wanted to hear a few ideas, not just thoughts.”

The top three winners were awarded book certificates from the Toadstool Bookshop for $50, $25 and $15 for first, second and third place, respectively.

Slesha Tuladhar won the first prize for her poem “I am Not a Rapist.”

Tuladhar is an architecture major and a first-year student from Nepal. Tuladhar said the poem is about the sufferings of women in Nepal living in fear every day in an unsafe environment. She wrote this poem from a rapist’s perspective.

Tuladhar said, “It’s so heart-shattering to see that and to actually to justify the statement I had to be someone I would never want to be: a rapist. I had to personify as a rapist and I never like to do that.”

Stickney said his poem “Riviera Beach” was based on his memory of growing up in Riviera Beach.

Stickney said, “[Riviera Beach] was right down the street from me and I spent a lot of time there when I was a kid. I was just running through my memory and thought that an evocative poem would be cool.”

Stickney’s poem “Riviera Beach” was not about the beach but it was about something else. “It’s supposed to capture an image of a gross old man who I think everyone has probably seen on a beach,” said Stickney.

Quill said she was inspired by Stephen King’s novel “The Stand” to present an apocalyptic poem.

Quill said, “ I was abbreviating [The Stand] and he has a lot of silly,  more lighthearted apocalyptic stuff.”

The next English department competition, the annual fiction slam, will be in the spring semester. 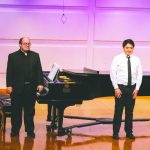 Striving for C's Previous
Once upon a time... Next 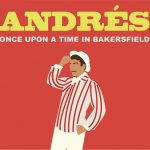 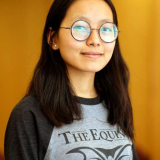