The Owls played their first home game at the newly rededicated Dr. Ron Butcher Field on Wednesday, taking a 2-1 victory over Clark University.

The action started early, as senior Connor Downey was able to slice through the Clark defense and get by keeper Melvin Vincent to run it into the net. The goal (6’) was Downey’s third on the season, coming off a pass from L.J. Luster.

Ten minutes forward, the Owls continued their pressure. Off a corner kick from Emmanuel Smith, the ball found Dale Dubinsky, a senior defender, at the back post. Dubinsky headed it into the center for fellow senior, and captain, Isaiah Lovering. The captain found the back of the cage (15’) and put the Owls up 2-0.

Sophomore keeper Anthony Pasciuto was able to stifle the Cougars’ offense for most of the first half, but Clark’s Sean Munroe netted his seventh of the season (45’) on a shot deflected by Pasciuto that hit the left post and bounced in.

The game was not without fouls, with a total of 31 whistles in the game. A second yellow to James McCully had the Owls play down a man for the last 15 minutes, but the Owls’ backline hung on to win.

As far as other cards, of the seven total, five were issued to Keene State; two to Clark. L.J. Luster (8’) was the lone Owl issued a card in the first half, with Evan Jurkowski (14’) from Clark also receiving a yellow.

The second half saw Jack Herlihy (56’) and Josue Assantha (79’) get yellows, along with Andrew Pimental (65’) of Clark receiving a card. James McCully (65’,75’) was sent off after receiving a second yellow in the 75th minute.

The Owls remain at home, as they’ll play Bowdoin this Sunday at 1 p.m.

Clark will stay on the road, with a conference match at Wheaton on Saturday at 2 p.m.

Quintin Kimmel can be contacted at qkimmel@kscequinox.com 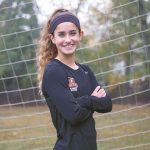 First-year phenom Previous
The cost of viewing Next 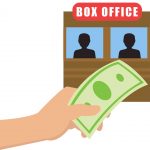