What the past tells us about now

It’s become a popular talking point in right-wing media to ridicule the claims made by some politicians that the world is going to end in ten to twelve years because of climate change. One shouldn’t throw stones when living in a glass house, and the American political right is in no position to criticize apocalyptic warnings when a sizable portion of its base, the Evangelicals mostly, are firm believers in “Judeo-Christian” end times prophecies, and like their counterparts on the left, have many reasons backing up their beliefs.

The Holy Bible is filled with prophecy, starting in Genesis and culminating in the Book of Revelation. As a follower of our Lord and Savior Jesus Christ, I will primarily cover Christian end times prophecy, and for the purpose of this article I will focus on the signs of the end times as prophesized by Jesus, the technology required to fulfill Revelation 13, and the major aspect tying both Christian and Jewish end times prophecies together.

While sitting on the Mount of Olives, Jesus’ disciples asked him what the signs of his second coming and the end times will be. He replied that there will be wars and rumors of wars, famines and earthquakes, persecution of Christians. He said that many will be mislead by false prophets, with some even claiming to come in His name and that due to lawlessness, many people’s love for one another will grow cold (Matt 24:3-12). Anyone who pays attention to the news should know that all of these things are happening all over the world.

Chapter 13 in the Book of Revelation reveals that during the end times the whole world will be ruled and will worship (under the penalty of death) a figure referred to as “The Beast”, who will have the power to give life to an image of his likeness and make it impossible to buy or sell anything without his mark on either the right hand or forehead (again, under the penalty of death). It must have been difficult for a reader in the first century AD to fathom the technology needed to do these things, but today the technology is already here and can easily be implemented everywhere by a global government. The image of the Beast can easily be virtual reality, and the mark can be a chip implanted into the body. Many cities and even countries are moving towards a cashless society, and microchipping is gaining traction as an industry with people like Elon Musk advocating brain chips, which will supposedly let you control your smartphone with your mind. When the world financial fiat currency system collapses (it’s a matter of when, not if), it’s incredibly plausible that the entire world will adopt a single currency, setting the stage for the events of Revelation.

The end of the chapter says that the number of the beast’s name is the number of man, 666, which can be interpreted to represent the element Carbon, the basic building block of human life that is comprised of six protons, six neutrons, and six electrons.

A major tangible requirement of both the Christian and Jewish end times prophecies is the rebuilding of a third Temple in Jerusalem.

In 2 Thessalonians 2:3-4, the Apostle Paul writes that Christians will know that the end times have come after a great falling away of the faithful and the appearance of the man of sin, the son of perdition (other names for the beast). Usually referred to by the media as ‘the Antichrist’, this figure will be worshiped as if he were God and will set himself up to be worshiped in “The Temple Of God”, which many interpret to be the Temple in Jerusalem. The issue of ownership of the Temple Mount (currently the location of the al-Aqsa mosque and Dome of the Rock) has politically united many Zionist Evangelical Christians and Jews, who were a leading factor in President Trump’s decision to move the US Embassy from Tel Aviv to Jerusalem and to recognize the city as Israel’s “eternal capital”.

As a show of gratitude to the President, the Mikdash Educational Centre, an Israeli self-described non-profit religious education organization, minted a special “Temple Coin” featuring Trump’s face in front of King Cyrus the Great, who according to the Hebrew Bible was a Gentile (non-Jewish) king who released the Jews from captivity in Babylon and commissioned the building of the Second Temple. Notice any similarities? The organization claims that the sale of the coins will be used to fund the rebuilding of the Temple.

I imagine many of you might not take this talk of eclectic doomsday prophecy seriously, but be assured that there are many people who do, particularly those in power. President Trump’s steadfast support has been consistent throughout his presidency, with him recently retweeting a tweet comparing him to a “King of Israel”. He has also surrounded himself with staunch Evangelicals like Vice President Mike Pence and Secretary of State Mike Pompeo.

A video from the 1990s shows Benjamin Netanyahu asking Rabbi Menachem Schneerson for his blessing and help in both political and personal areas. Schneerson was the most esteemed and beloved leader of an Orthodox Jewish movement known as Chabad Lubavitch. Chabad members have been known for their fervent belief in an upcoming Messianic age, which will be heralded by their messiah, the Mosiach. They believe that the Mosiach will be a powerful Jewish king who will rebuild the Temple, bring back all the world’s Jews to Israel, and will be recognized by the rest of the world as its dominant leader. Schneerson replied to Netanyahu that he must work harder to hasten the Mosiach’s coming, to which Bibi replied that he’s trying. Decades later, to this day Netanyahu still counts on the support from Israel’s very Orthodox population.

Does any of this worry you? As much as the threat of climate change does? Unlike what can be said about climate change, no one can give an exact timeframe or date for when the end times will come; Jesus said that only God the Father knows, but it will happen when we least expect it, like a thief in the night. I think this is for good reason, so that Christians can believe with true faith in Jesus’ sacrifice and God’s word rather than believe out of fear.

To anyone who scoffs at the idea that the world as they know it can end in their lifetime; Jesus also taught that there was normalcy bias even in the days of Noah, right up until it started to rain peculiarly hard… 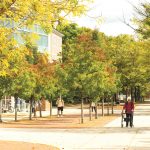 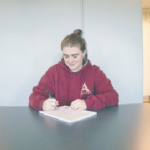 What the past tells us about now