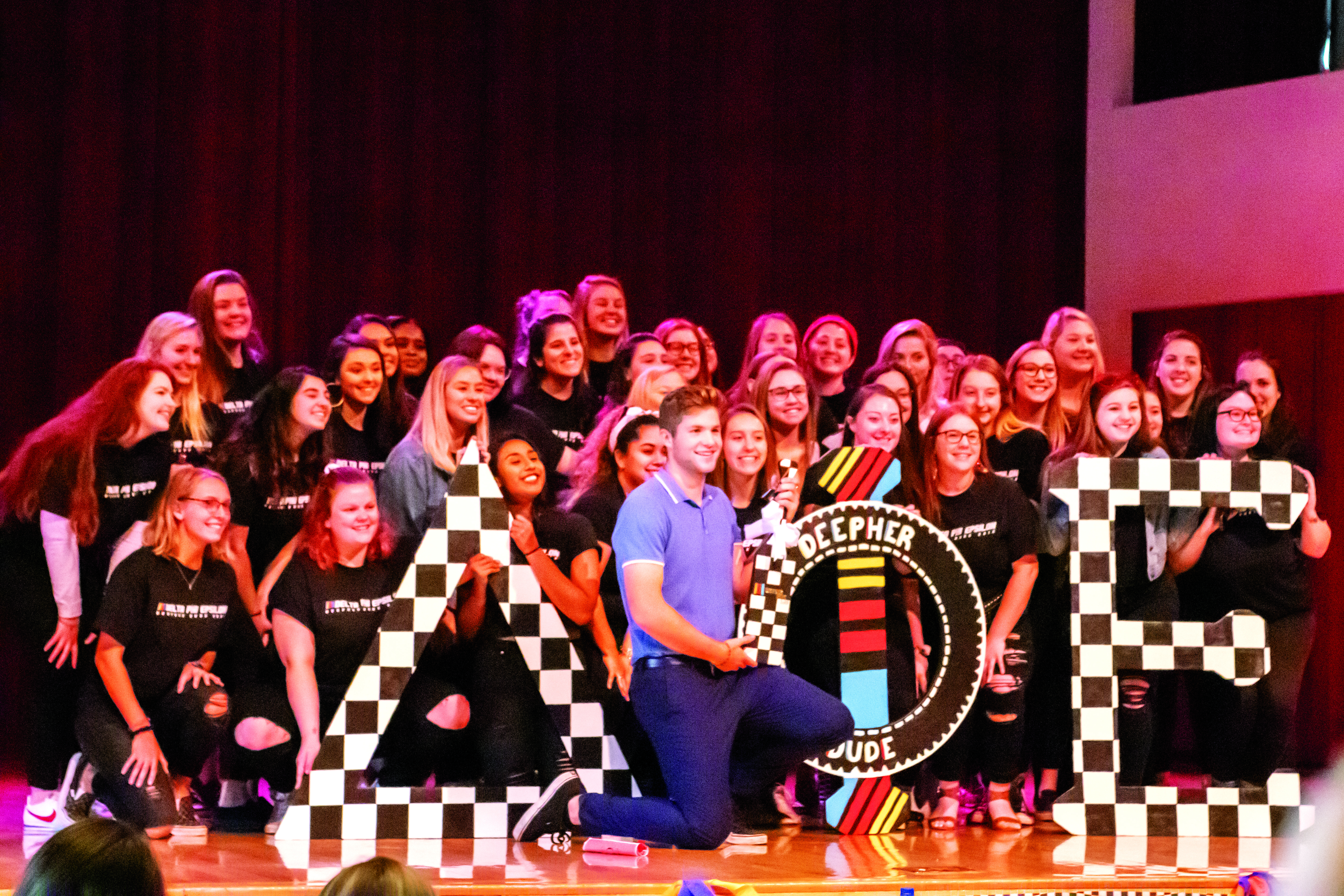 “Cystic fibrosis is a congenital disease,” said Abigail Dulin, a senior member of Delta Phi Epsilon. “People who have it generally do not live past 25 because they constantly get infections in their lungs.”

“On October 1, the FDA approved an actual treatment for cystic fibrosis, something that’s never been done before, which came from funds provided by the Cystic Fibrosis Foundation,” said Debonee.

Along with the Deepher Dude Pageant, Delta Phi Epsilon also does other philanthropy for the Cystic Fibrosis Foundation and other charities.

“We did the Cystic Fibrosis Walk earlier this semester and raised $1,500 from the walk,” said Dulin. “This cause means a lot to us because we have had family that have had cystic fibrosis. In the spring we do philanthropy for the National Association of Anorexia Nervosa and Associated Disorders,” said Dulin, regarding the other philanthropies Delta Phi Epsilon does throughout the year. “For a lot of sisters, this means a lot to us because we are women and we have either known people or some of us have had eating disorders.”

The pageant’s winner was Eli Hammond, a first-year student.

“I didn’t know a lot about the competition, but it seems like a good organization” said Hammond about the Deepher Dude Pageant and the sorority. “It was awesome to compete. I’ve never done something like this before. It was fun to compete alongside a great group of guys and it was a blast to win.”

For his talent, Hammond dressed like Colton Underwood from the Bachelor and taught one of the judges how to throw a rugby ball.

“I’m a huge fan of Colton Underwood, and he’s done a lot of work for the Cystic Fibrosis Foundation. It’s a cause that you do not really see a lot of,” said Hammond. “I’m glad that I got to be a part of it. I want to say thank you to Delta Phi Epsilon and I’m really excited to be a representative for the sorority.” 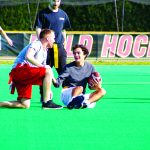