The danger of vaping

Part one of a three part series on vaping 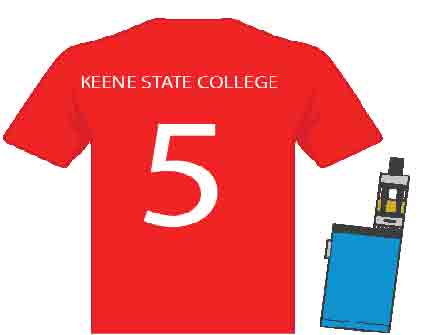 A cheer athlete with a full ride to F.A.U. now in the I.C.U.

A high schooler who had been competing in hockey since he was a child now struggling to even breath.

These are only three of the hundreds of cases recently emerging surrounding the dangerous illnesses student-athletes are experiencing because of the use of vaping products.

“There’s such an emerging sort of crisis feel around vaping right now,” said Maribeth Fries, a nurse practitioner at Keene State College’s Wellness Center. “Every athlete wants to have their optimal pulmonary health, so obviously JUULing and smoking [is] harmful.”

In recent cases vaping products, which include JUULs, vape pens, e-cigarettes and MODS, have been shown to damage the lungs of users. However, exactly what it does and how it does it is still unknown.

Take Walker Knight, the cheer athlete with the full-ride scholarship to Florida Atlantic University, as one example of this.

McKnight was hospitalized in early May after complaining of sinus pressure and flu-like symptoms. It was determined he had come down with several illnesses, one of which was an adenovirus that attacks the respiratory tract.

Before McKnight began vaping he had healthy and clean lungs.

However, because of McKnight’s vaping there were massive amounts of damage to his lungs which made his body unable to fight off the adenovirus, leading to his hospitalization.

What  was in the vape products that caused McKnight’s lungs to get in that bad of a condition is unknown, however, it is being seen now in hundreds of cases throughout the country.

While McKnight’s case may have happened in Florida, there is nothing stopping it from happening closer to home with Keene State College athletes who vape.

“We are currently well aware of the major health concerns with the rapid rise in the use of vaping products,” said Phil Racicot, Keene State College’s athletic director. “I think it has really outpaced the policy-making engine, so to speak.”

The student-athlete handbook at Keene State currently has no specific policy surrounding the use of vaping products by student-athletes while in season. However, Racicot says that may be changing soon.

However, the usage of vaping products is not only up to the athletic director. Coaches are given a level of jurisdiction when it comes to specific rules and regulations for their own teams. Keene State’s student-athlete handbook states that “all policies established by coaches are in the best interest of the student-athletes and shall be enforced impartially.”

Austin Smith, the sports editor for the Equinox, sat down with Ryan Cain, head coach of the men’s basketball team, and asked Cain if his team had any specific rules or regulations surrounding vape products.

“[There is] no specific rule,” Cain explained. “[However] it is probably something we need to cover. We just started practice two days ago; [it is] probably something we need to talk about as a team and see if we should establish a team policy from that perspective. Obviously we talk a lot about making decisions that allow our guys to be in the position to play as well as they can play.”

For student-athletes, or students in general, who are attempting to quit the use of vaping products, there is help.

“Anyone who really wants to quit but just isn’t able to do it on their own… just make an appointment [with the health services side of the Wellness Center] and come in and see us,” explained Fries. “We can talk about all the resources and behavior support. We can do medication if [the patient wants] that. We can do nicotine replacement… I feel like we can really help people to quit.” 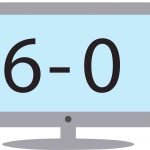 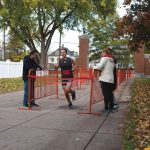 The danger of vaping