The chance to go to the finals

For football fans, the most fun-filled time of the year is playoff season. There’s nothing like sitting in the warmth of your living room during the cold winter months, watching the sport you love on your TV, or going out and braving the low temperatures and potential snow to cheer on the team in person.

But at Keene State College, playoff football comes a little earlier than the winter. KSC intramural flag football teams are in the midst of their playoff season right now; they’re all fighting for the chance to be crowned football champions in the fall. While it may not be an official NCAA sport at Keene State, Owl students still have the chance to watch, or even play, the sport they love.

The first oddity occurred back on October 6, when a grand total of nine teams had records that could qualify them for the playoffs. The first seven slots had been filled by the teams with the best records; but when it came down to the eighth and final spot, Team Purple and the Dream Team had the same record, forcing them to duke it out for the eighth and final playoff seed.

This added a last-chance-qualifier round to the flag football playoffs, meaning the first playoff game of the season had been executed before the quarter-finals even began. Team Purple won the ‘last-chance’ game 36-20 over the Dream Team, and they became the eighth and final team to qualify for the quarter-finals.

After that, the playoffs proceeded as planned, with the quarter-finals and semi-finals being played over the course of the next two calendar weeks for intramural sports. But, when it came time for the championship game, another monkey wrench was thrown into the plans.

Originally scheduled to be played on October 16, the flag football championship game was rained out and had to be rescheduled to a later date. The game ended up being moved to October 22 at 8 p.m. on the turf field at the Owl Athletic Complex (no score was available for that game at publishing time).

So, at Keene State College, playoff football does exist. But for now, we’ll have to wait until next year to see the excitement of it happening once again.

Matt Holderman can be 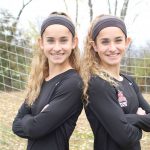