Theo Avent, a sophomore majoring in Psychology, has been elected as the Vice President for the class of 2022. Avent is a transfer student from Green Mountain College.

Student Body President Davis Bernstein informed the student leaders of the dinner at the President House with President Melinda Treadwell. The student government has dinner annually with the president; this year’s dinner is on December 2 from 3 to 6 p.m.

Student Body Vice-President Sara Olson informed the assembly that she will soon reach out to Kya Roumimper and Hunter Kirschner of the Office of Multicultural Student Support and Success to see if there is anything the student government can do to support multiculturalism at KSC. This action  was taken as a reaction to a controversial social media post circulating around campus.

The student assembly will be tabling in the Rocktoberfest. They will be distributing cookies with their logo on it. 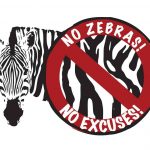