Of the eight teams that qualified for the playoffs, two remained undefeated going into the postseason. Those teams were the Mud Puppies and the Mukin Barn, both with perfect regular season records of four wins and zero losses. Right behind those two teams was the Electric Factory, with a solid regular season record of 3-1. Then, the final five teams that entered the playoffs all had records of 2-2 or worse.

Then, the other four of the eight playoff teams played Wednesday night, October 9. First up, a pair of 2-2 teams prepared to face each other, as Hoss State ‘20 was pinned up against Baker’s Dozen. However, the Baker’s Dozen weren’t cooking on the field, as Hoss State ‘20 served them a loss, 21-7. That meant that after going through the first half of the season without a single win, Hoss State ‘20 would now be one of the final four teams in the playoffs. Their record improved to 3-2 with their third straight win, after starting the season a dismal 0-2.

After the feel-good win for Hoss State ‘20, they had to quickly scurry off the field to make way for the two teams playing in the final matchup of the first week of the playoffs. Those two teams were the top-seeded, undefeated Mud Puppies, and Team Purple, who just made it into the playoffs by the skin of their teeth. As expected, the Mud Puppies dominated this one, stomping Team Purple into the turf, 35-6. The Mud Puppies improved to 5-0 on the season, and moved on to the final four.

After the first week of playoff games, the final four teams were set. The Mud Puppies, Mukin Barn, Electric Factory and Hoss State ‘20 will compete in week two of the playoffs to see which two teams will move on to the championship game. Mukin Barn will play Electric Factory, while the Mud Puppies will face Hoss State ‘20, with the winners having a shot at the championship, and the losers going home.

Stay tuned next week to find out who won those games. 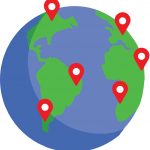