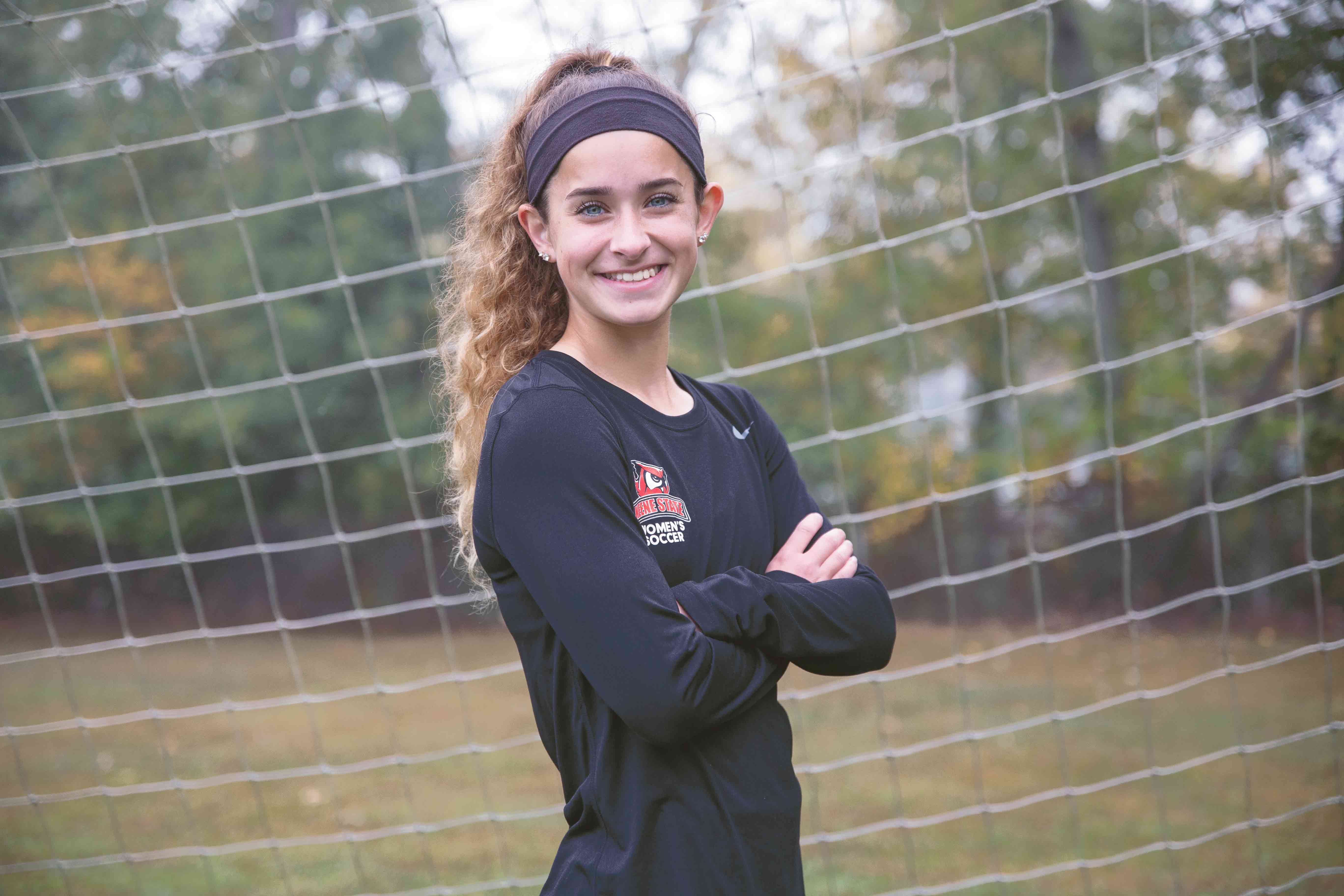 Every week the Owls give out awards to athletes who have performed above expectations and been  major contributors to their respective team’s success. As is the case with Kayleigh Marshall, a freshman midfielder from Bow, New Hampshire. Kayleigh was named one of the Owl athletes of the week after scoring her first goal as an Owl on September 18 in a loss against Westfield State, and scoring her second goal one game later against the in-conference team Rhode Island College. Marshall said, “I was a little surprised because I hadn’t been playing a lot because I was still recovering from my knee injury. So, I was not expecting that.”

Marshall has also been leaving impressions on fellow teammates, including Senior Nicole De Almeida. “[Marshall] came in really fit and really strong and she has really shown that she wants to be on the field and has worked really hard. She is a very good recruit that came in,” said De Almeida. De Almeida was named to the First Team All-LEC last season. “It’s exciting to get named as a freshman, being shown that you were noticed for succeeding. It’s awesome that we’re getting that and it’s a big confidence booster,” said De Almeida. Both Marshall and De Almeida have talked about being confident about how they believe that the season will go, knowing that they have a lot of potential for down the road.

Coach Denise Lyons has been more than happy with the performance that Marshall has been putting in coming off the injury and believes that she is more than deserving of the recognition. “Coming in as a freshman it takes a while to adapt, but both her and her twin Amanda are playing really well right now,” stated Lyons. Lyons shared the excitement of the girls. “I think she deserved it with the limited time she gets. She really performed well and it’s great to see her contribute right away,” said Lyons. Lyons, who was a player for the Owls and took over the program in 1992, has produced her fair share of Little East Conference recognized athletes, including two players of the year, three defensive players of the year and five rookies of the year.

With the season just shy of halfway over, the optimism from Marshall is something that will help down the line. “I think we’re going to do a lot better than last season,” Marshall stated. “It’s already looking pretty good.”

De Almeida shared her optimism as well. “We’ve had some pretty good games, we have a lot of potential. I think we’ve shown that, and we can continue to progress to get better. I think we should have a very positive attitude this year,” said De Almeida. With a four game home stretch for the owls, they are looking to improve on a 3-5 record when they meet Salve Regina on October 2 at 5 p.m. 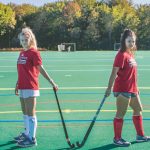