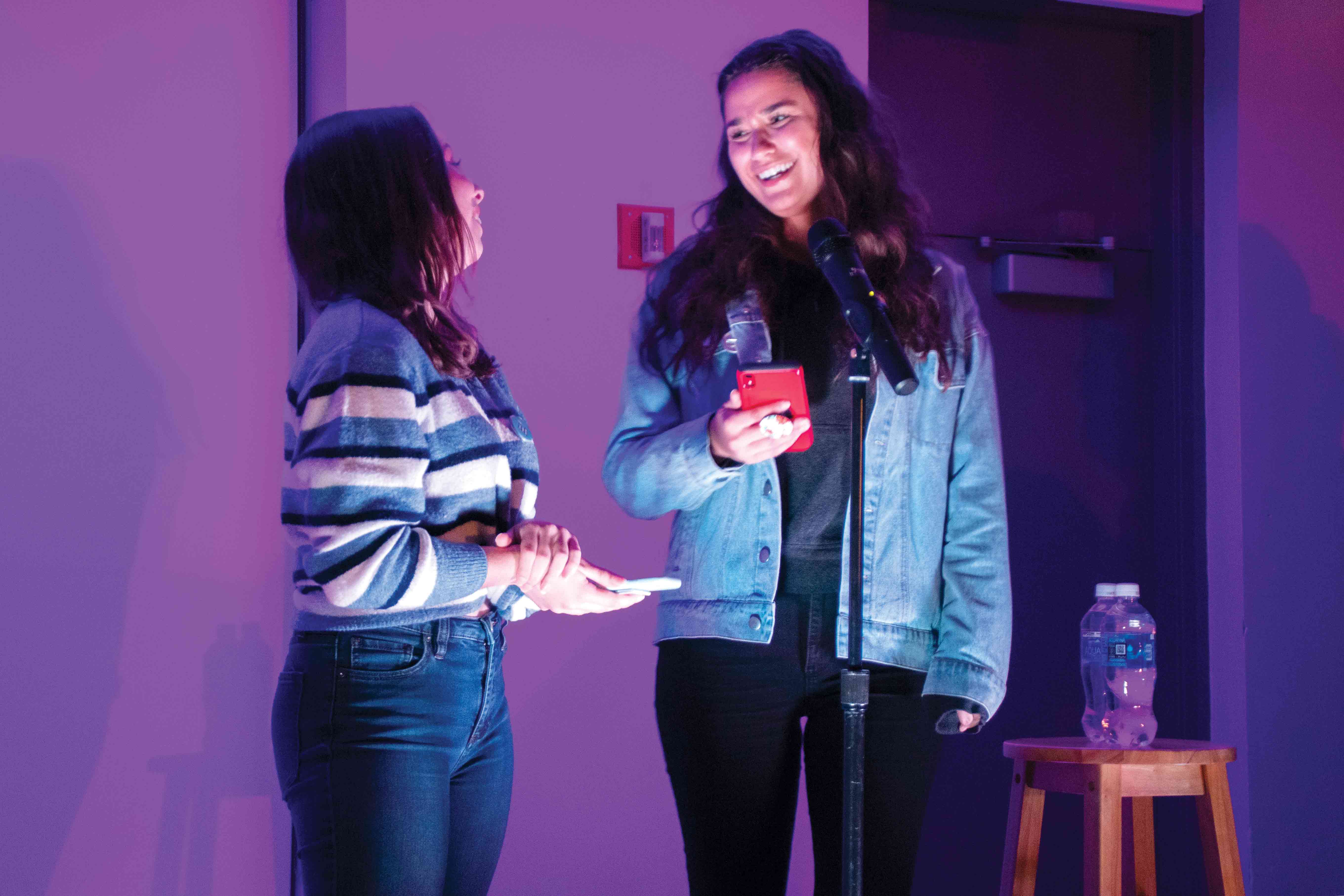 Have you ever let some rain stop you from doing something? Well, the Take Back the Night marchers surely didn’t on Wednesday night.

Take Back the Night is a march with the goal of not only raising awareness for sexual violence but also eventually ending it once and for all. This is run by the organization of the same name that plans walks like these all over the country.

-Faculty, students and other organizations alike came together to help make this event possible and support the cause. One sponsor of this event includes fraternity Tau Kappa Epsilon (TKE).

TKE President Christopher Hamilton said this event means everything to him. “We’ve always been a big supporter of making sure women feel safe and comfortable, and not just women but people in general. I know especially in a college campus culture, sometimes that safety is taken away and we want to do everything we can to make sure people feel safe,” said Hamilton.

The Sexual Assault and Violence Education Committee (SAVE) also played a key role in putting this event together. Two members, senior Rachel Barnard and sophomore Emma Manderville, said they planned this event as well as others like it to raise awareness around campus.

Barnard said she enjoys being able to help people feel safe wherever they may be. “I think it’s important because, especially on a college campus, it’s very common that you see or hear people who have an experience where they’re walking home at night and haven’t felt safe or something has happened to them; so I think it’s super important to empower people and know that we can walk on the streets in our community,” said Barnard.

Manderville also said it was a good way to open people up to taking part in something that is greater than themselves. “From an activism standpoint, I find it really empowering coming in as a freshman last year and finding out what it means to be a little more active on campus of different opinions and figure out what’s going on. So, I find it is a really cool event to try out activism and see if it’s for you,” said Manderville

This event is also very important to the walkers. “This event means a lot to me because I have friends who were sexually assaulted… it’s not a very good experience to have because, at the end of the day, everybody should have the same respect for each other,” said sophomore graphic design and theatre acting major Justine Ann Sanchez.

The event was not just a walk, however; it also had award-winning slam poet Paul Tran present four poems talking about their life being a survivor as well as their relationships with other survivors.

Tran said it was an honor speaking for the Keene students. “To be here and see all the people in the room with their signs, ready to march, ready to take back this night that I know somebody like me could never get back does feel like I get it back in some way. If not that night, then every night going forward,” said Tran.

Tran also mentioned the role of loved ones in helping survivors. “One thing that has saved my life is the community of people who I love and love me, teach me how to love better, love differently and who accept me as I am, who have pledged to be there no matter what happens and to figure it out with me as I go along. So, if I could advise anything, it would be to know who those people are,” added Tran.

The marching route began at Blake Street, went down Main Street and ended on Appian Way. While participants marched, they had five different chants to show that they were marching for a cause: “Survivors Unite! Take Back The Night!”; “Rape and incest we say no, sexual assault has got to go!”; “However we dress, wherever we go, yes means yes and no means no!”; “We are here, we are strong, violence against us has lived too long!”; and “Claim our bodies, claim our rights; take a stand, Take Back the Night!”

Take Back the Night sign making began in the Student Center Wednesday, October 16, at 6:30 p.m. with the march beginning around 7:30 p.m.