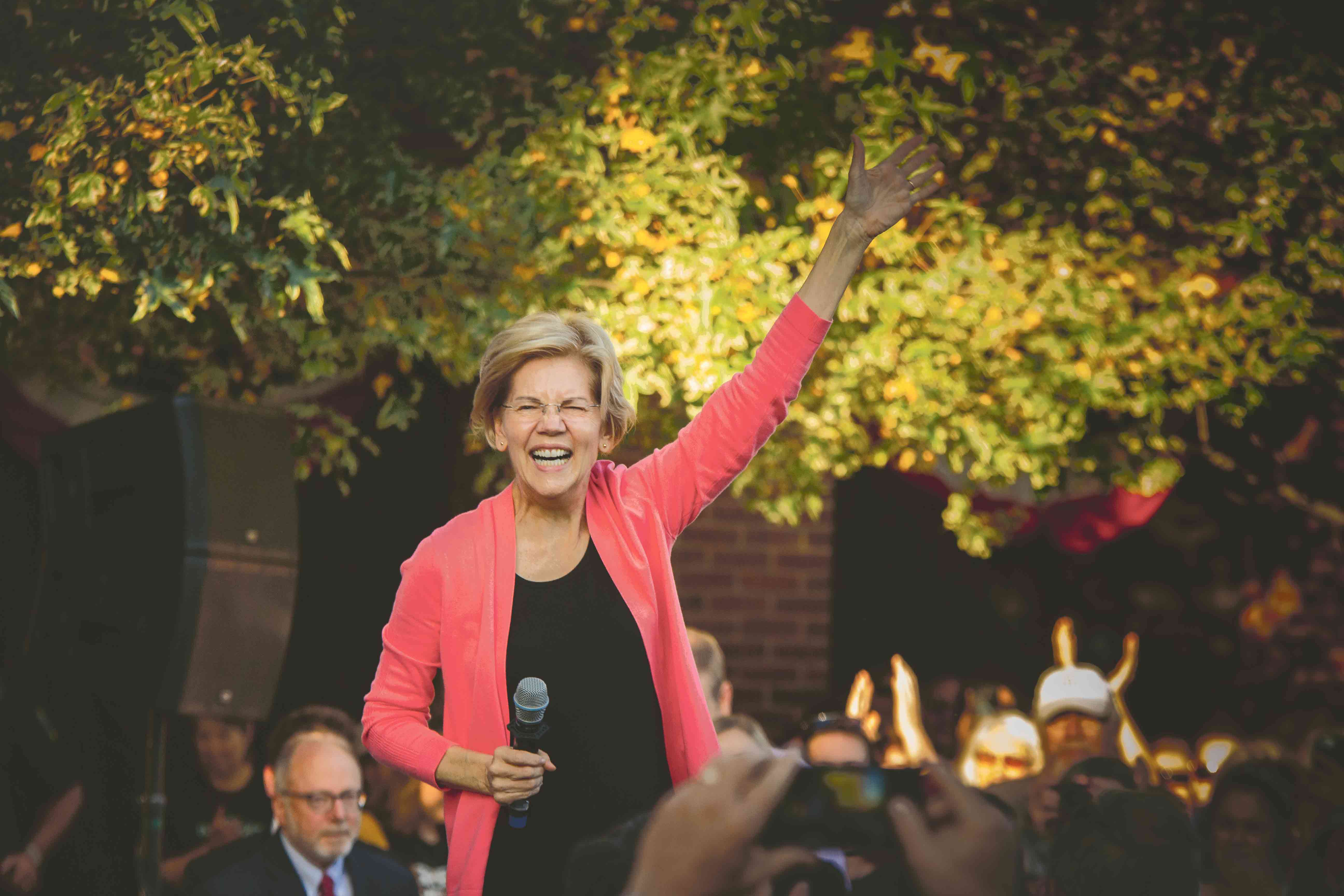 “We persist” could be heard multiple times from the Student Center lawn on Wednesday, September 25. Presidential candidate and United States Senator Elizabeth Warren visited campus to speak to students and community members.

KSC political science professor Philip Barker opened the event with a statement on the importance of political awareness.

“It is consistent with our college mission and our work with the American Democracy Project to open the campus to events like this. This creates a public dialogue to issues critical to our democracy and to engage our students, faculty, staff and community in the political process,” Barker said.

The American Democracy Project is an initiative that aims to raise people’s understanding of current political issues, specifically on college campuses.

“Central to our mission as the public liberal arts school of New Hampshire and our commitment to academic excellence and public service, Keene State College has partnered with the American Democracy Project, an initiative begun in 2003 by the American Association of State Colleges and Universities,” Barker said. “ADP is a nonpartisan multi-campus initiative focused on higher education’s role in preparing the next generation of informed, engaged citizens for our democracy.”

KSC Student Body President and president of the KSC Democrats Davis Bernstein also spoke at the event about some of Warren’s political accomplishments.

“Under the Obama administration, she spearheaded the creation of the Consumer Protection Bureau. The creation of this bureau is one of the greatest achievements in protecting consumer rights for millions of Americans,” Bernstein said. “Just this year, Senator Warren announced a two percent wealth tax to some of the wealthiest people in America. With just two pennies on the dollar we would be able to fund so many incredible programs.”

Under Warren’s plan, the programs that this tax would be able to fund was one of the main points Warren said in her speech.

Warren said this wealth tax would help pay for universal childcare, universal pre-kindergarten for every three and four year old, raise the wages of every childcare worker and preschool teacher, provide tuition-free technical school, community college and four year college, increase Pell grants, invest 50 billion dollars in historically black colleges and universities, cancel student loan debt for about 95 percent of those who have it and also create a 200 dollar increase in social security and disability payments across the board.

Another issue Warren stressed was corruption in Washington D.C.

“This government works fabulously for giant drug companies, but not anyone trying to get a prescription filled. It works fabulously for giant oil companies who want to drill everywhere, but not for anyone who sees climate change bearing down on us,” Warren said. “That is corruption pure and simple and we need to call it out for what it is. Whatever issue brought you here today, if there’s a decision to be made in Washington, I guarantee it’s been touched by money.”

Warren related this corruption to climate change. She cited how climate change began being widely recognized back in the 1990s. However, large corporations like Koch Industries and oil companies realized that investments in climate change prevention would affect their profits.

Warren called for a complete end to lobbying.

“We want to make change, it’s got to be big, structural change. We start by running at corruption head on,” Warren said. “Lock the revolving door between Wall Street and Washington. Make the U.S. Supreme Court follow basic rules of ethics.”

As for how Warren’s campaign speaks to college students specifically as she’s visiting college campuses, Warren said the current state of the country is not prioritizing that demographic enough.

When it comes to Medicare for all, Warren is in support of it and also conscious of the transition period that would be involved.

“Can we stop for a minute and say how wrong this system is? Someone doesn’t get the help they need because for-profit insurance companies need to make money.  Last year insurance companies made 23 billion dollars in profits,” Warren said. “We have a lot of work to do to figure out the transition. Healthcare is a basic human right and we fight for basic human rights.”

Inside Intramurals Previous
Addressing issues facing the Monadnock region Next 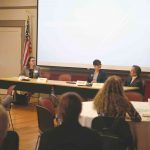