Diving into the record books

Colarullo breaks pool record for one and three-meter dives 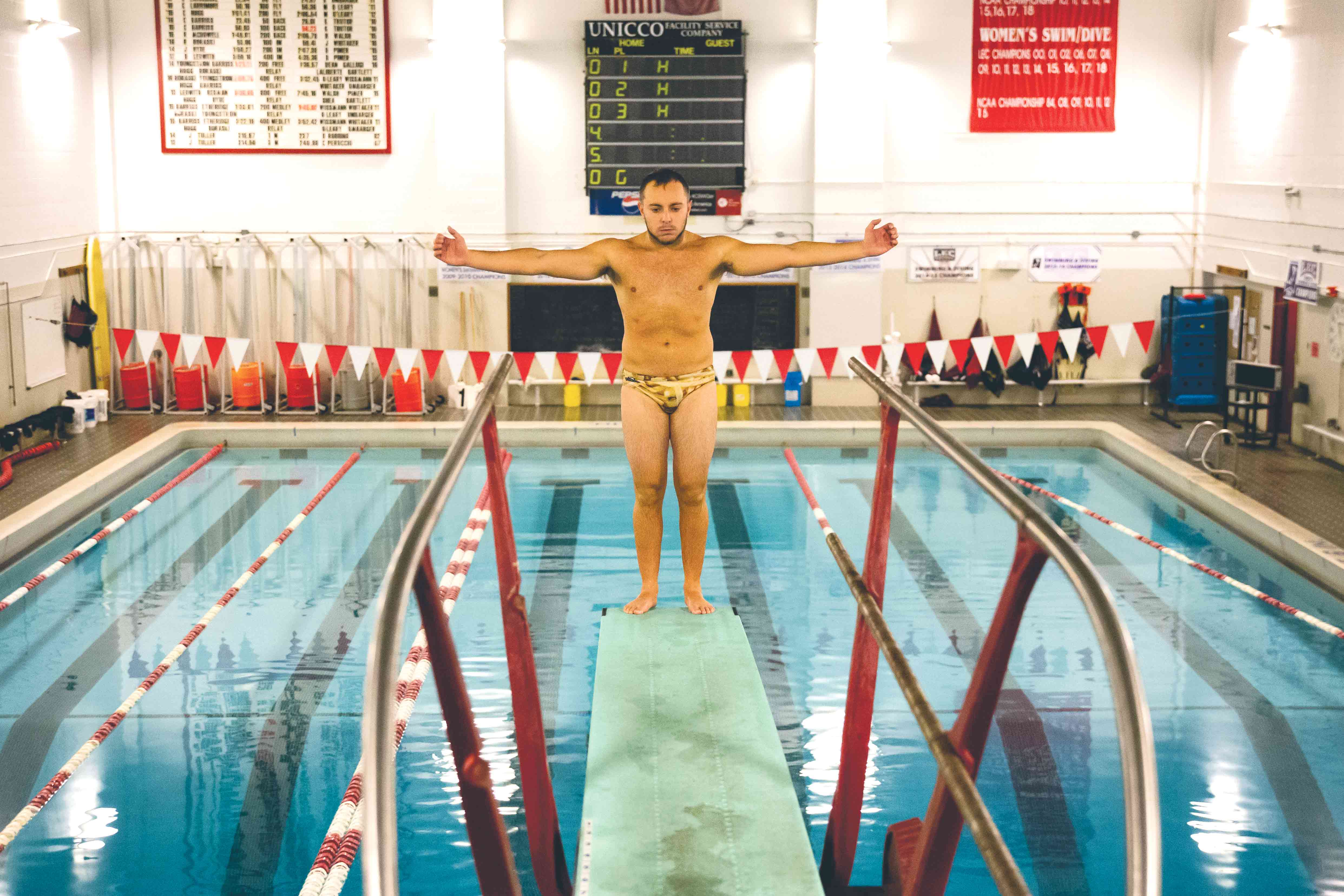 Keene State junior George Colarullo is a diver for the Keene State College swim and dive team, and he has been on an absolute tear this season. Colarullo dominated the pool over the weekend at Colby-Sawyer College, setting new pool records for both the one-meter and three-meter boards. Colarullo tallied a 224.55 on the one-meter and scored 223.10 on the three-meter. Colarullo broke two pool records, The one and three meter have been Colarullos’s bread and butter all season, taking first place in his last eight meets.

Head coach Christopher Woolridge doesn’t have anything but good things to say when it comes to Collarullo. “It’s been great having George on the team. He’s been diving really well for us, been working with the diving coach a lot,” Woolridge said.

Woolridge also isn’t surprised by the dominance Colarullo is showing in the pool. “I had been recruiting him ever since he was at Springfield College, and when he reached out to me I was excited. We wanted him from the get-go, and we’re glad he ended up here.” Woolridge noted the hunger Colarullo has to get better at the sport he loves. Woolridge said,  “He’s been working on new dives, and trying to get his degree of difficulty up.”

Woolridge wants to see Colarullo jump to the next level. “We want to see if he can take the next step, to break the school records here at Keene, and make the NCAA regionals.”

Coach Woolridge talked about how Colarullo’s success has had such a positive impact on the rest of the team. “The guys love it; they get really into when George dives.” Woolridge also added, “George is a lighthearted guy, so when he nails a dive, the team gets on the side of the pool and does all types of hilarious things.”

Coach Woolridge noted that it’s a two-way street when it comes to the team being motivated by Colarullo’s success. “George loves when the team is cheering him on; he thrives on it.”  Woolridge doesn’t foresee any decline in the production Colarullo brings to the team. “Our goal is to improve upon what George has accomplished already and build off that.”

Woolridge knows Colarullos is a man on a mission. “I know George has a lot of goals that he hasn’t achieved yet, that he is working towards. I expect him to get there.”

Colarullo feels no pressure to continue his stellar swimming, but still has personal expectations, saying, “I am always putting pressure on myself to do better. Every time I go up to the boards, all I want is to do better than I did previously.” If anyone has any doubts Colarullo can keep up this level of dominance in the pool, he doesn’t want to hear it, noting, “It’s just not worrying about what other people are doing, and doing what I’ve got to do to get better.” Colarullo has attributed his dominant year to rest and body care. “I’m taking more time in between the meets to let my body reset and lets all the soreness go away,” he said. Colarullo is ready and raring to take the next step in his swimming and diving career, wanting to break the school records and make it to NCAA regionals. “The next step for me is to put together two good meets to qualify for regionals. The focus after that would be going to regionals and performing well. If along the way I break school records, that would be awesome,” he said. It’s easy to tell where Colarullo’s heart and mind are, as well as the success that has yet to come to this humble junior.

Diving into the record books