The first-year experience and recognition of Indigenous People’s Day were among the many issues discussed at the most recent College Senate meeting. The 487th meeting of the College Senate convened Wednesday, October 9, at 4 p.m. in the Mountain View Room. Economics Professor Patrick Dolenc called the meeting to order.

New Senator Alana Lehouilliler was welcomed to the Senate. She is a KSC sophomore and representative of her class for student government.

The Senate approved the minutes of the last meeting.

The Senate Executive Committee moved for the resolution of recognizing Idigenous People’s Day on the second Monday of October each year. It was moved and seconded. KSC senior Jedidiah Crook read his request to the committee. Coordinator of Multicultural Student Support & Success & Equity Education Kya Roumimper and KSC President Melinda Treadwell also spoke on the importance of this motion.

“As an institution we can pave the way for this,” Treadwell said. “This is really important and it speaks to our values.”

The motion was passed unanimously. This resolution will also be taken to city council soon by Crook and Roumimper.

Treadwell spoke during the courtesy period regarding the value statement that was sent out to the campus. This was brought about after a meeting on campus last week concerning free speech and hate speech on campus.

“In the coming weeks we will move it to action, presence, visibility and continued action with our students,” Treadwell said.

Treadwell also said that on October 25 she will be meeting with the Board of Trustees to discuss specific investments into the college to help KSC achieve goals set for the next three years. She also thanked the Senate for all the work that was done on the NECHE accreditation that is currently being worked on.

Associate Dean Tanya Sturtz explained the First-Year Experience (FYE), which would be required first-year curriculum, that is in the process of being implemented on campus.

The Academic Standards Committee and the Senate Curriculum Committee went over their notes from their last respective meetings. 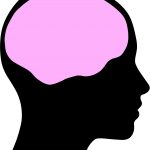