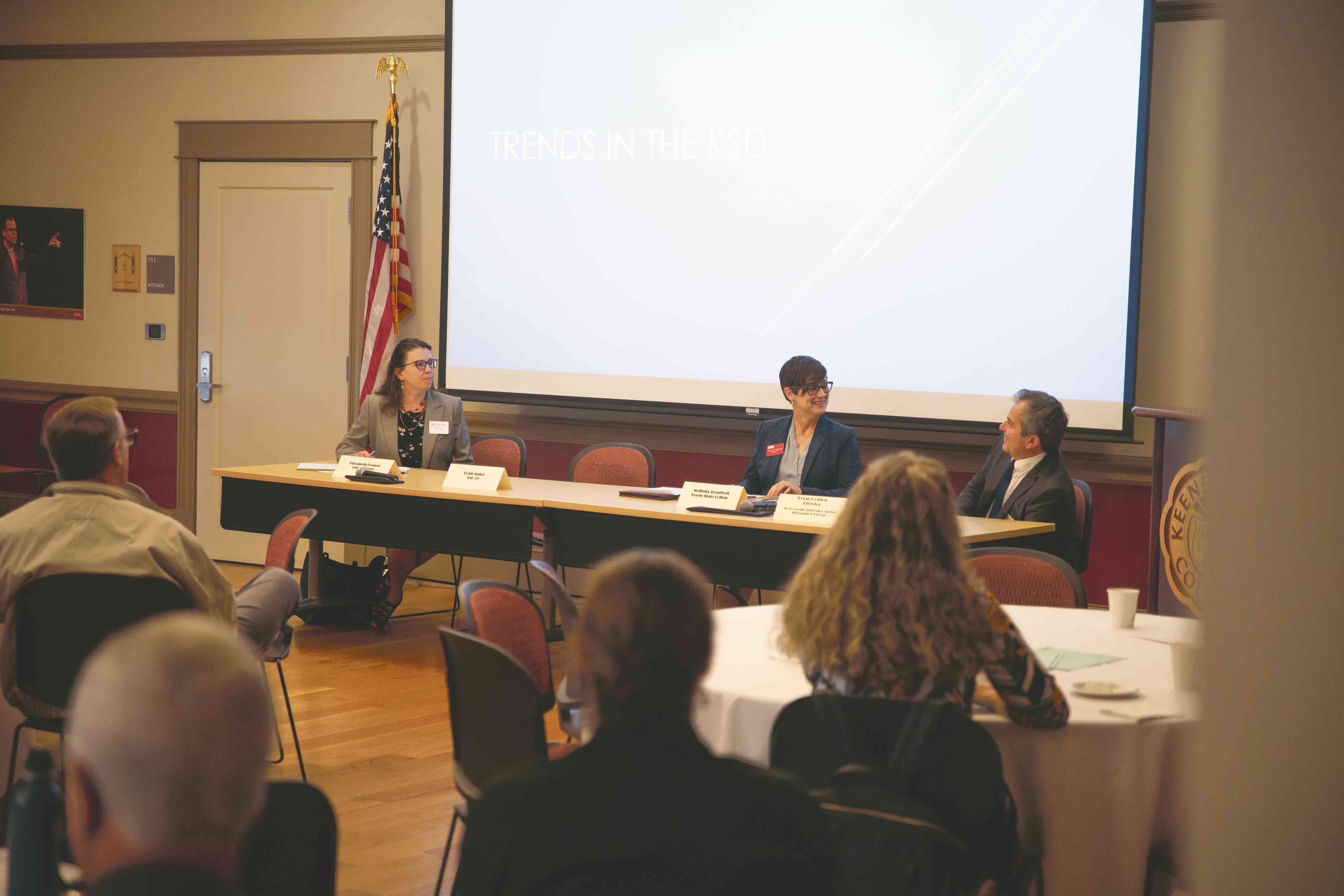 There are multiple issues regarding economics and demographics facing the Monadnock region and, in turn, Keene State College as well. On Wednesday, September 25, the Greater Keene Chamber of Commerce discussed these issues during an installment of their Regional Issues Series, called Annual Perspectives on the State of the Monadnock Region.

The panel was introduced by Executive Director of the Southwest Region Planning Commission Tim Murphy.

“The goal of this series is to bring attention to fundamental backbone issues in the Monadnock region, promoting effective community engagement and appropriate action through enhanced awareness and education on critical regional issues,” Murphy said.

The keynote speaker of the panel was Director of New Hampshire Economic and Labor Market Information Bureau Brian Gottlob. Gottlob spoke about statistics facing the state of New Hampshire, specifically the Monadnock region, ranging from the number of young people choosing to either stay, leave or move to the state, fertility rates and job growth, among other faltering data.

“The Monadnock region is dealing with a lot of the same demographic issues that a lot of other rural regions are dealing with,” Gottlob said. “This can be because of the relative lack of entrepreneurial activity. The solution is to have a continuous flow of new, young, entrepreneurial businesses in the region.”

Data that Gottlob shared was that between 2010 and 2018 the Monadnock region experienced only .3 percent job growth. In 2017, 53 percent of people living in Cheshire county were working outside of the county and finding work elsewhere. Cheshire county has low net-in migration of young professionals compared to other parts of New Hampshire, specifically the seacoast.

According to Gottlob, the key to keeping young people in the region is affordable and quality housing that is available to rent. In Keene, what is available to rent is largely student housing and single-family homes, with little in between. Gottlob also referenced Asheville, North Carolina as a rural community that has been able to establish themselves as an entrepreneurial and cultural hub, thriving today.

Keene State College is working with the city of Keene to accomplish these various areas where the city falls short. KSC President Melinda Treadwell spoke on demographic changes moving forward and helping Keene public schools’ students be successful in their post-secondary education.

“There is a changing demographic wave nationally,” Treadwell said. “The growth populations will not be non-hispanic white populations. Our demographic make-up is going to change. We must be ready to welcome a multicultural, diverse population.”

Another statistic that was shared was how in Keene, the number of students going to college after high school has sharply declined. Treadwell said that students who are involved in the Keene Housing Kids Collaborative tend to be more successful in their academics due to their after-school programs. Treadwell also said that KSC will need to work with the Keene school district to promote continuing education post secondary school.

“We must be building professional credentialing programs. This is requiring colleges to think differently about the commodity of the college degree,” Treadwell said.

Superintendent of Schools for SAU 29 Robert Malay discussed this point further, citing the issue of education in the region.

“The number of students who go from Keene schools to a two or four-year college has decreased from 70 percent to 52 percent from 2008 to 2018,” Malay said. “We’re trying to provide support and opportunity for students so we can shift what we’re seeing here, especially in the K-12.”

Keene City Manager Elizabeth Dragon concluded the panel with positive change the city has been making to work against these data sets.

“Radically Rural and the organization Hannah Grimes—it’s really about growing your own and supporting entrepreneurialism. Over 500 people were here from 24 different states wanting to learn about how to do that and to look at creative initiatives in this region at that two-day conference,” Dragon said.

Dragon also said the city is looking to utilize Dillant-Hopkins airport at a higher capacity and potentially offer commercial airline flights in the future. Keene City Hall is also looking to improve their interactions with the public; one way of doing this is by collecting payments online.

Dragon also cited the recent Walldogs murals painted around town, the new Machina Arts art bar, the reconstruction of Emerald Street and the food trucks now located downtown as cultural successes contributing to the modernization of the city.

However, Gottlob noted that when Keene is mentioned in other parts of the state, the city still holds the reputation left behind from the Pumpkin Fest riots in 2014.

“Reputation matters,” Gottlob said. “Whatever you can do to change that perception through the region, do it.”

Treadwell cited the current ranking of KSC as the tenth best school among regional colleges by U.S. News and World Report as a step in the right direction to improving our national and state reputation. 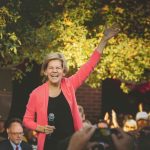 Elizabeth Warren at KSC Previous
Student attacked on campus Next