A comeback for the ages

Keene State relatively dominated the first two sets of the match, winning the first one 25-13 and the second one 25-15. Therefore, they went into the third set looking for a perfect 3-0 sweep. However, UMass Dartmouth had other plans.

The two teams traded points back and forth for a few minutes to start the third set, until the score was eventually tied at 3-3. The atmosphere in the room suggested that the Owls were poised to take a commanding lead, just as they had done in the previous two sets. But, the exact opposite of that took place.

Out of nowhere, UMass Dartmouth erupted, scoring eight points in a row and turning the 3-3 tie into an 11-3 lead. As the Corsairs players celebrated, the rest of the gym was in awe, as the Owls seemed like they had suddenly fallen apart after dominating all match long. And from there, things only got better for the Corsairs.

The Owls were able to muster a couple of points here and there, but the Corsairs showed that they still had the momentum, extending their eight point lead to a game-high 13 point lead, going up 21-8 over the Owls. At this point in the set, the chances of a perfect sweep seemed hopeless for the Owls. The Corsairs were 4 points away from winning the set, while the Owls needed an entire 13 points just to tie the game.

But, as the legendary saying goes, it ain’t over till it’s over.

The Owls scored three of the next four points to make the score 22-11. Then, they went on a tremendous scoring streak of their own, scoring an astounding nine points in a row to bring the score to 22-20, cutting UMass Dartmouth’s once-13-point lead to a slim margin of two points.

The crowd in Spaulding Gym had been revitalized, as the Owls were once again playing at the level they had in the first two sets of the match. For a moment though, the comeback seemed like it was going to fall short, as the Corsairs quickly scored two points in a row to make it 24-20, meaning they needed just one more to win the set.

But, the Owls scored the next four points in a row to tie it up 24-24, forcing the set to go into extra points. After that, they scored three of the next four points, leading themselves to victory in set number three, 27-25, sweeping the Corsairs three sets to nothing.

The 13-point comeback was the largest of the year for the Owls, and helped them improve their record in the Little East Conference to four wins and two losses.

Matt Holderman can be 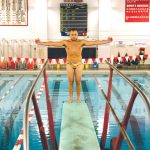