The curious case of Antonio Brown 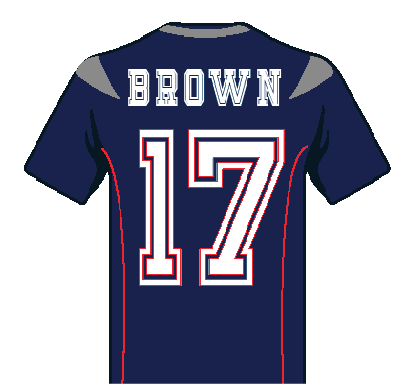 Antonio Brown sent shockwaves throughout the world of sports two weeks ago after joining the New England Patriots, the same day he was released by the Oakland Raiders. Brown was making headlines before his departure from Oakland and his signing with New England, as he is arguably the best wide receiver in the NFL. Brown has had an illustrious wideout career thus far, tacking on over 10,000 receiving yards, over 850 receptions, and 75 touchdowns. Brown started his career with the Pittsburgh Steelers where he blossomed into an elite wide receiver, a guy who defensive coordinators for the opposing team had to take note of. Brown finished his rookie campaign with 16 receptions for 167 yards in ten games, including a deep playoff run where they ultimately lost to the Green Bay Packers in Super Bowl XLV. Fast-forward to the 2018 season, Brown started to have locker room problems with Ben Roethlisberger after allegedly getting into an argument with the Steelers quarterback. Brown would also frequently skip practices late in the season; as a result, the Steelers benched their superstar wide receiver. AB would request a trade the following season.

Brown ended up in the Bay Area after being traded to the Oakland Raiders for a fifth and  third round pick in the 2019 NFL Draft. Raiders fans were ecstatic, and rightfully so; Oakland’s quarterback Derek Carr had been struggling in the 2018-2019 season and Brown could’ve been the boost that Carr needed to get himself going in the upcoming 2019-2020 season. Brown’s time with the Raiders was a rollercoaster ride. He first posted a picture on his Instagram account in August showcasing his blistered feet due to wearing improper footwear during a cryotherapy session. It was later revealed that Brown had developed frostbite on his feet, forcing him to miss the first ten training camp practices with his newly-acquainted team. In august, Brown learned that the NFL had banned his “Schutt Air Advantage” Helmet. Brown disagreed and filed a grievance to continue to wear his preferred headgear, even threatening to retire if he was not granted permission to wear it. This prompted Brown to skip practices and that prompted Raiders general manager Mike Mayock to fine Brown $54,000 for the missed practices. AB fired back by uploading the letter of his fines to social media. Brown reportedly confronted Mayock the following day, where they allegedly had a verbal confrontation. Brown was fined $215,000 for the incident. On September 7, Brown demanded the raiders release him after they voided the guaranteed money he had on his contract; the Raiders complied.

On the same day as his release, Brown would make a power move after joining six-time Super Bowl champion Tom Brady and the New England Patriots with a one-year contract worth up to $15 million and a nine-million dollar signing bonus.

The town of Keene was buzzing after Brown joined the Patriots, as most football fans in town are Patriots fans. New England’s confidence of a Lombardi Trophy being hoisted this season grew when Brown joined their squad. Keene State First-year Mason Macdonald, adamant Patriots fan, said, “Well, my first thought is that we are going to win the Super Bowl. There’s a chance we might even go undefeated.” The buzz Brown created throughout Keene was second to none, Macdonald said.  “I would just be walking down Appian Way and every other conversation I heard, or was a part of, was about Antonio Brown and the Patriots,” said Macdonald. Macdonald doesn’t foresee any chemistry problems between Brown and the Patriots elite quarterback Tom Brady. “I can’t see those two having problems.they’ve already connected in the endzone; seems like they’ve already got it going,” said Macdonald.

Other fans couldn’t believe the news, Keene State First-year Pat Cohen said. “At first I thought it was a joke, thought someone was just trying to get a reaction out of me, but I kept reading and it was real alright,” said Cohen. Cohen is excited to see Brown in Patriots threads. “It’s special when you have such a dynamic wide receiver come to your favorite team and even better when you have the best quarterback in the league throwing passes to him,” Cohen said. Cohen hopes the fact that Brown is on such a respected team will help Brown take notice of the decisions he makes off the field, noting, “Belichick is a coach that won’t deal with skipping practices and stuff like that. I think it’ll be good for him.” In the 2007-2008 season, the Patriots nearly pulled off an undefeated season before succumbing to the New York Giants in Super Bowl XLII. After Brown signed with the Pats, fans’ confidence in an undefeated season increased tenfold. Keene State Junior Matt Donnelly believes if AB stays sharp, they can do some damage. He said, “I think the Pats got a big advantage to go undefeated after signing AB. If the Pats stay focused, we can do extremely well this year.”

Brown threw away the opportunity to complete a perfect season, as the Pats realeased Brown on September 20 amid multiple sexual assault allegations. It was later discovered that Brown sent threatening messages to one of the alleged victims, making his situation worse than it already was. Brown is set to make just $158,333 for 2019 after flirting with a 30 million dollar guaranteed contract back in March. 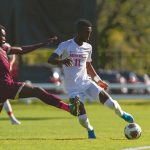 From West Africa to Keene State Previous
Inside Intramurals Next

The curious case of Antonio Brown