The finale of the Res Hall Rumble was in the Mabel Brown Room at 11:30 am Sunday morning. The residents of Holloway won the event while Carle Hall took second place.

First-year and Owl’s Nest resident Madelyn Mathews went to Minute To Win It games (a series of minute long games) in Carle and said she had a lot of fun. “It was nice to be outside, the weather was great and there was a very fun atmosphere with everyone competing, especially at the donut event,” said Mathews.

Residential Advisor Travis Wyant said, “The big thing with us having events is creating a sense of community within the campus. A lot of times, the biggest thing with people on campus is getting them out of their rooms and getting them intertwined with each other and making connections as you go along. With those kind of events, we’re trying to put together something that’s fun and enticing to get them out and to get to know other people.”

Sophomore and Pondside One resident Dan Germain went to trivia night on Monday at the Ponds. He said it was a lot of fun and thought that it was a fun distraction from a busy beginning of the school year.

If you did not get the chance to take part in these events, there is trivia every Wednesday and bingo every Thursday in the Night Owl Cafe at 7 pm. There are always events ran by Res Life happening all around campus every weekend. You can find these events by looking around your residence halls and seeing what is being advertised on posters.

Christian Valentin can be contacted
at cvalentin@kscequinox.com 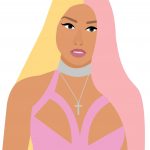 The "Queen" has resigned Previous
Mixed Messages Next 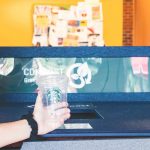