“The main difference between this season and last season is finding a way to fill those four key spots our previous seniors held,” Coach Watson explained. “It completely shifts the team’s dynamic on the field. However, if every player steps up, I’m confident we will have another great season. However the true competition will be shown when we begin playing other teams in the Little East Conference, until then it’s still up in the air, but I feel good.”

Sophomore transfer student Maggie Cahoon is thrilled to be starting her first season with these ladies.

“Coming into this team was so easy, everyone was so accepting and supportive, it was amazing,” Cahoon said. When asked about the pressures of returning to win the Little East Conference, Cahoon stated that she thrived on the pressure. “Since we have won the conference for the past six years, people sort of just expect that we are going to do it again, which can be a lot on your shoulders sometimes, but I can’t wait. I want nothing more than to win a championship with this team.”

Although Cahoon’s career as an Owl is just beginning, senior captain Hailey Beaupre’s career is coming to a close.

“It’s so bittersweet,” Beaupre explained. “Every day is a new last, which makes me sad, but also reminds me how important it is to give this season everything I have.” Beaupre also described the responsibility that comes along with being a captain, stating that playing a bigger role not only applies to her as a captain, but to all upperclassmen alike.

“It is very important to me to lead this team with integrity and determination. I want to go out on a high note, and losing our four key seniors definitely shifted our team, but we have been utilizing the talent we have and incorporating new ways of playing that works for us, and I’m feeling confident about this season, it’s a little tough to make any predictions right now because we haven’t had a regular season game yet, but by the looks of practice, I’m feeling pretty good.”

The team’s first game is Saturday, August 31, at the University of New England. Go, Owls!

Victoria Miles can be contacted 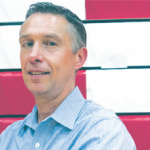 NEW ON THE SCENE Previous
Redemption on the horizon Next