Each year when fall rolls around, there are plenty of seasonal traditions to get excited about. Whether it’s apple picking, going on hayrides, carving pumpkins, or taking in the sight of the leaves, this time of year has something nostalgic and enjoyable to offer everyone.

But the one to look forward to the most? The return of football.

Although Keene State doesn’t have an official NCAA Football team, there is still an opportunity for Keene State students to get their football fix by playing intramural flag football.

As it is, the first up-and-running intramural sport of the new school year, flag football, has a lot of students interested and getting involved. There’s a grand total of ten teams this year, all vying for the chance to win it all and get those one-of-a-kind, coveted championship t-shirts at the end of the season.

The flag football season kicked off on Monday, September 9, with one game on the turf field at the Owl Athletic Complex. It was the Dream Team taking on the Mukin Barn, to see which team could start the season on a high note. Unfortunately for the Dream Team, this one was anything but a dream, as the Mukin Barn shut them out, with a final score of 37-0. The Mukin Barn started their season perfect, while the Dream Team would have to wait another week to try and pick up their first win of the season.

Later that week, on Tuesday and Wednesday night, there were four more games between the other eight teams. On September 10, the Mud Puppies started the season on a high note, serving the Baker’s Dozen a 35-7 loss. Later that day, TDs out for the Boys caught the Mud Dogs rolling in the mud. They picked up a victory over the Mud Dogs by way of forfeit. Then, on September 11, the Show us your TD’s got the win over Team Purple, with a final score of 21-2. Lastly, week one concluded with an electrifying game between the Electric Factory and Hoss State ‘20. Electric Factory would pick up the win, 24-13.

The second week of action occurred from September 15 to September 18, with a handful of teams showing they are the early season favorites to win it all.

On Sunday, Show us your TDs improved to a perfect 2-0 record, by defeating TDs out for the Boys by default. Just like they did in week one, Mukin Barn put up 37 points to defeat Team Purple, 37-13. Mukin Barn improved to 2-0, while Team Purple fell to 0-2, still seeking their first win. There were two games on Tuesday, Sept. 17th, including a close one between the Mud Puppies and the Electric Factory. The Mud Puppies won by a slim margin of 27-20, improving their record to 2-0 as well. That same day, the Dream Team avenged its week one loss to Mukin Barn, as they beat Hoss State ‘20 18-6. Hoss State ‘20 left week two still looking for their first win. Then, finally on September 18, Baker’s Dozen got their first win of the season over the Mud Dogs, 37-6.

So, after a wild first two weeks of intramural flag football action, there’s a lot to discuss and debate. Three teams boast a perfect 2-0 record as of September 22. Those teams are the Mukin Barn, the Mud Puppies, and Show us your TD’s. Of those three undefeated teams, Mukin Barn scored the most points through the first two weeks of play. They scored 37 points in each of their first two games, outscoring their opponents by a combined score of 74-13.

As for the other two still-perfect teams, the Mud Puppies have won two very different games. They easily beat Baker’s Dozen 35-7 in week one, but then could just barely scoot past Electric Factory in week two, with a final score of 27-20.

On the other hand, Show us your TD’s might be the biggest question mark of the still-undefeated teams. They convincingly defeated Team Purple in week one, with a final score of 21-2. But, they won their second game over TDs out for the Boys by virtue of default, so no game was officially played. Therefore, there’s still a lot to discover about Show us your TD’s, making them one of the top teams to watch in the coming weeks.

On the flipside, there are also three teams who exited the first two weeks of play winless. Those three teams are the Mud Dogs, Team Purple and Hoss State ‘20. The Mud Dogs have scored the least out of the three, forfeiting to TDs out for the Boys in week one and getting stomped by Baker’s Dozen in week two, 37-6.

Team Purple has had a rough schedule to start the season, as they had to play arguably the two best teams in the league their first two weeks. They got beat by Show us your TD’s 21-2 in week one, and then beat by the Mukin Barn 37-13 in week two. So, Team Purple could potentially be much better than their winless record shows.

So, as we head into weeks three and four, there are plenty more great flag football matches slated to happen. On Sunday, September 29, two of the 2-0 teams will play each other. It will be Show us your TD’s versus the Mud Puppies. That game will happen at 8 p.m. on the turf field at the Owl Athletic Complex, and could be a crowd-drawer. Other than that, we’ll keep an eye on the flag football teams, and see which ones are looking strong as the weeks roll on. 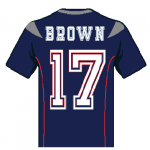 The curious case of Antonio Brown Previous
Joining the hall Next 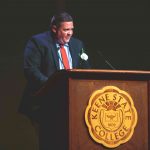