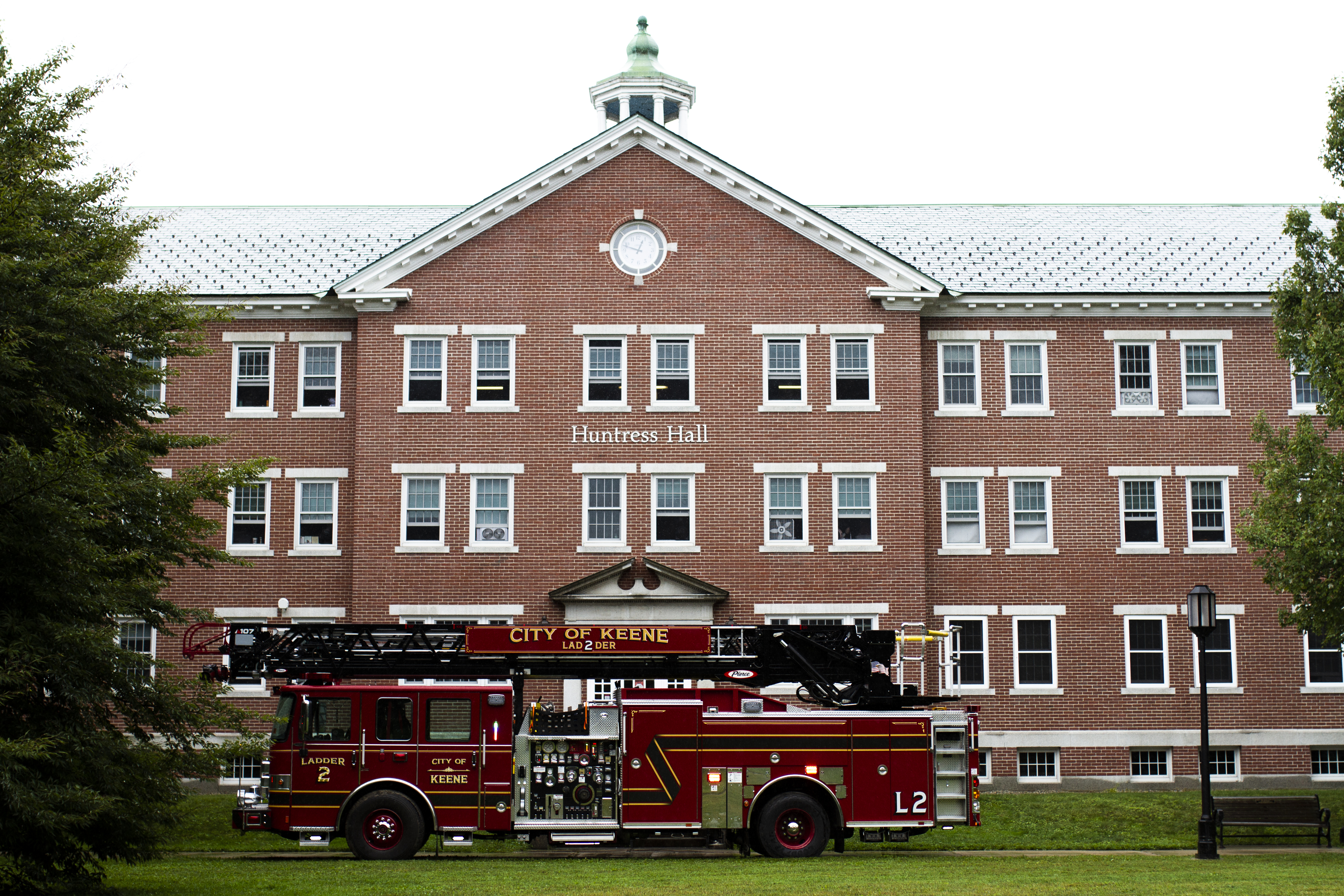 On Thursday, September 12, a gas leak occurred in Huntress Hall at approximately 12:20 pm. All students and faculty were evacuated from both the classroom and dorm parts of the building. According to Deputy Fire Chief  Jeffrey Chickering there was a leak of gas in the basement that was reported by faculty working there.

“They had an odor of it and reported it to us. We had some low level readings here,” Chickering said.

A notification of the incident was sent out to students, faculty and staff using the campus emergency alert system via email and text message. The message read: “Keene State Alert: a hazardous material incident is ongoing in the vicinity of Huntress Hall and the Heat plant. Stay out of the area.”

This is not the first time Keene has been struck with a gas leak issue. On May 2, 2017 Keene firefighters and Eversource and Liberty Utilities workers worked in the area of West Street and Central Square after a report of gas readings in the area, the leak was underground in the city’s gas distribution system, according to WMUR. There was a propane gas leak on April 23, 2018 that shut down West Street in the area of Gilbo Avenue and Ashuelot Street, according to WMUR. Keene’s provider for gas is Liberty Utilities.

KSC freshman Hailey Godwin lives in Huntress Hall and was disrupted by the sudden evacuation.

Chickering said the fire department worked to contain the issue.

“We’ll isolate it, we’re going to make sure the leak is stopped and ventilate as soon as possible,” Chickering said.