On Thursday, April 25, prior Keene State College Residence Director and recently employed Keene Police Department officer 30-year-old Jeffrey P. Sawyer died in his home suddenly. There was a Celebration of Life held in his honor on Wednesday, May 1 where his loved ones and friends, including KPD, reflected on his life. Jeffrey Sawyer (Mr. Sawyer), his father, said, “Well over 300 people were there… so many people that came through. [There was the] police department, police academy, UML (University of Massachusetts Lowell) [and] Keene State and they all had something positive to say.”

Sawyer was well known as a resident director at Keene State College from July 2015 to September 2017. Senior biology and secondary education major Kaitlyn Jones is a resident assistant that had Sawyer as an RD her sophomore year and he supervised her for a month during her first year of being a resident assistant.

“He was a phenomenal RD and supervisor with great wisdom, heart, and an unforgettable sense of humor. I felt very blessed to be on his staff, even for a short while, before he left to become a KPD officer,” Jones said. Jones went on to say that after becoming a Keene Police Officer he was still involved with the college. “He did make several appearances on campus afterwards to help with events and move-in,” Jones said.

Mr. Sawyer said, “He loved his job even though it was frustrating at times. But he did enjoy it. And it seems that he really connected with students and the people that worked for him.”

Associate Dean of Students and Director of Residential Life Kent Drake-Deese had Sawyer working underneath him for quite some time. “Jeff was an excellent Residence Director who made it his business to try and be fair with his residents and a great source of support for his Resident Assistants,” Drake-Deese said. “Personally, Jeff had a great sense of calm about him that enabled him to easily rise above any drama or conflict. He was an accomplished trumpet player and was always very interested in a wide range of topics which made him very easy to talk with.” Speaking for himself and the rest of Residential Life, Drake-Deese ended with, “His absence is felt throughout our staff.”

Sawyer had been employed since September 11, 2017 at the Keene Police Department where he worked closely with Beards for Bucks. According to currentobituary.com, “Jeff participated in Beards for Bucks which benefited Child Advocacy Centers in NH. In his memory, contributions may be made to Monadnock Region Child Advocacy.”

Mr. Sawyer said, “One of the ongoing themes with him, and it was something that I heard from everybody who came to the memorial service and who walked through the line and talked to me, said that he wanted to make a difference. And he really impacted a lot of people’s lives.”

Legacy.com has Sawyer’s entire obituary posted. “To send a condolence or for more information, please visit peabodyfuneralhome.com,” the website reads. There you will also find resources like support groups if needed.

Mr. Sawyer said, “He was the most awesome, awesome son a father could ever have, very proud of him.” He went on to say that anyone who knew his son personally can email him at trumpet57@comcast.net with a story they would like to share or even if they would just like to send their support.

Kiana Wright can be contacted at 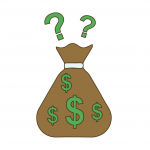