Appreciating the intertextuality of Marvel

The evolution of cinema has always been punctuated by leaps into new styles or methods of narrative; the Marvel Cinematic Universe (MCU) is not only the culmination of years of fast-paced movies, but is the next tier of storytelling as we know it. Each MCU movie hinges on intertextual references, meaning it relies on references to other texts (movies) to make sense and carry meaning. The MCU isn’t the first to do this; “O Brother Where Art Thou” needs you to understand “The Odyssey” for the comedy and meaning to land, shows like “Once Upon A Time” and “Supernatural” need you to understand the books they subvert for their unique narratives to stand out. However, the MCU takes these kind of references to the next level.

Let me define the difference between a trilogy or a sequel and the intertextual tapestry that is the MCU. A trilogy or a sequel is a continuation of the same story, broken up due only to the constraints of the audience’s attention or filmmaker’s budget. The characters grow in their own arcs through each movie but fairly linearly across the sequels. The MCU has many character arcs that intersect at various points and require the presence of the other characters, who are also in the midst of their own growth, to come to completion. The MCU does not have one cohesive story, as it spans across space and through time. Nowhere else in the world can you find a narrative like a Marvel movie. The idea of creating characters, giving them their own independent stories, trilogies even, and then creating films that hinge on your understanding of the world, history, other characters and even other timelines is something new.

There are some similar movies, called hyperlink films, which have many different characters whose storylines overlap. Examples include “Crash,” “Cloud Atlas,” “Babel,” “Dunkirk” and “Pulp Fiction.” The difference in these films is that the characters’ lives either cross for a fraction of a moment or never truly do, connected only by the tenuous thread of theme. MCU films rely on long, universe-changing interactions between the characters; face to face dialogue or physical fights that make or break life as we know it. There are unspoken histories (for example, in the beginning of “Avengers: Age Of Ultron” implies a mission we do not see on screen) as well as much-needed background that can only be obtained by watching all the films. The MCU has provided itself the opportunity to explore characters in much longer and more complex arcs than seen anywhere else before.

Someone who goes into “Avengers: Endgame” could still well enjoy it; Marvel still knows how to make a movie. However, a first-time viewer will not understand the depth to the characters, the motivation behind their actions, and what their sacrifices will truly mean. Only those who know the franchise will see how much depth and care has been put into the MCU—and hopefully, now you too will have a better appreciation of the intertextuality of the Marvel Cinematic Universe.

Tessa DesMarais can be contacted at tdesmarais@kscequinox.com 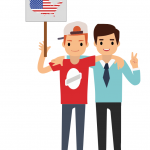 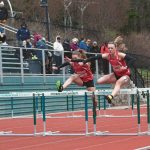 Appreciating the intertextuality of Marvel