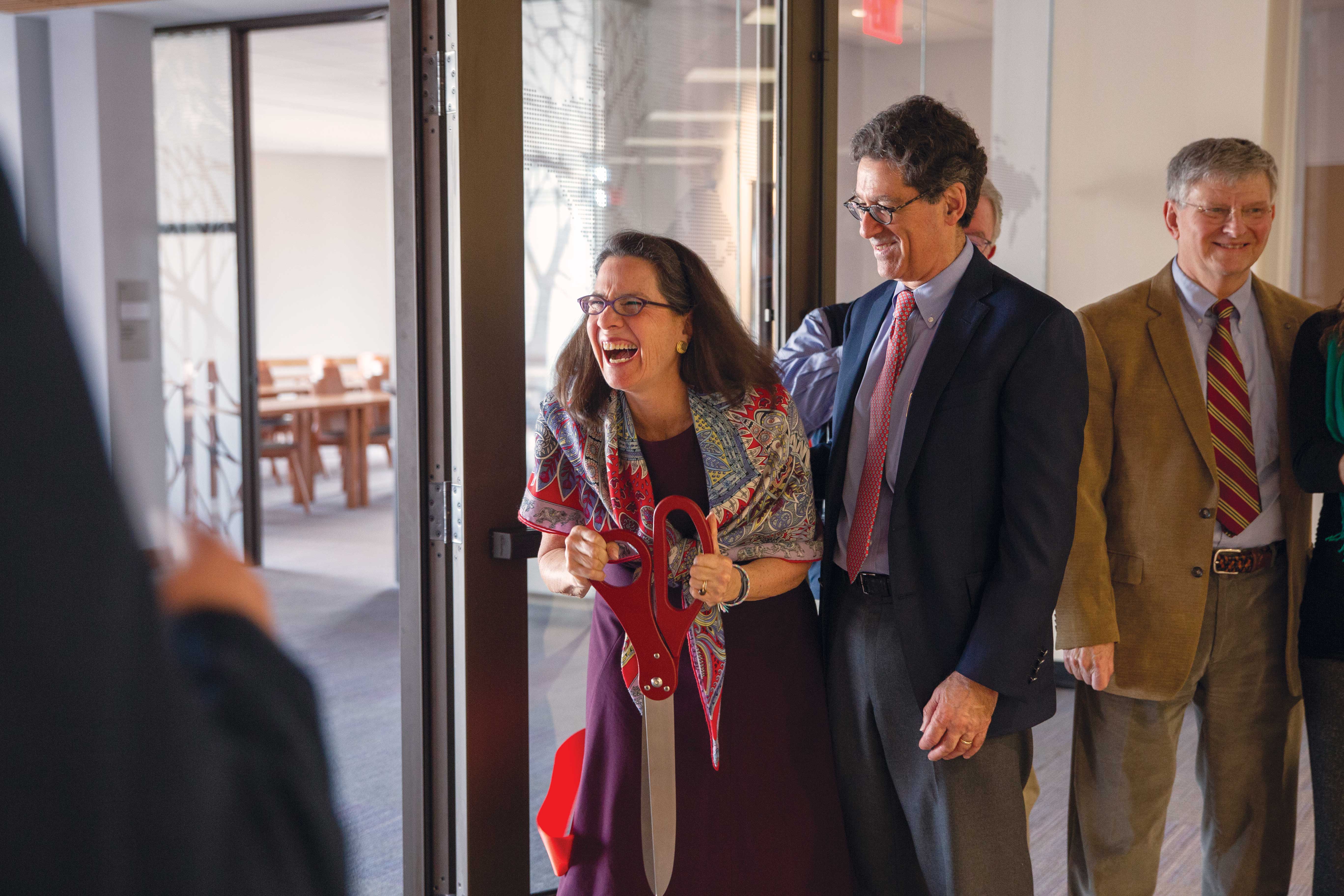 The ribbon cutting ceremony at the new wing of the Mason Library marks the beginning for the Cohen Center of Holocaust and Genocide Studies program at Keene State College.

The donor for the project and a member of the design team Jan Cohen was present at the event. “It feels like another beginning,” Cohen said. “We’re not sure where this might take us in the world of Genocide and mass atrocity prevention.”

Jan Cohen, who has lived in Keene for 40 years with her husband Rick Cohen, started donating to the Cohen Center in 1983 when it was first founded by Chuck Hildebrandt and has been involved since.

Jan Cohen was also involved with the planning and ultimate design of the new Mason Library wing. “It’s a little scary, because you don’t know how it’s going to turn out,” Cohen said.

According to the Dean of the Mason Library Celia Rabinowitz, the new wing would also benefit the library. One reason being that since the entrance to the center is located in Mason Library, students will have to go through the library to go to class, increasing the likelihood that they decided to check out a book in the library. 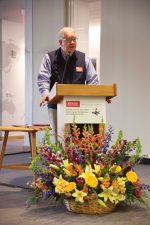 The Archives contain artifacts donated to the Mason Library. These artifacts include Holocaust and Genocide studies artifacts like passports used by German Jews to get out of Germany and letters between a husband and wife during World War II.

According to Rabinowitz, the new wing has already had an increase in the amount of artifacts donated to the Mason Library. Rabinowitz said this is because now that the Cohen Center and Holocaust and Genocide Studies team are located together, their statewide and national profile has been raised.

The Dean of Arts, Education and Culture Kirsti Sandy was in attendance and described the ceremony as, “A way for us to really celebrate where the Cohen Center is today, and how much has happened over the years to make it the center that it is today,”

Until the new wing, the Cohen Center had been relegated to a smaller, less visible section of the Mason Library.

The open house was preceded by a few brief speeches from Keene State President Melinda Treadwell, Director of the Cohen Center Hank Knight, Cohen Professor of Holocaust and Genocide Studies James Waller and Jan Cohen. Their speeches focused mainly on all the work that had been done to get to this point and remembering those who helped get them there.

Community member Laura Hanom recalled the drumming ceremony that had marked the beginning of the construction. “I came to the initial groundbreaking project and I wanted to see its fruition,” Hanom said.

Waller said the turnout had far exceeded his expectations. 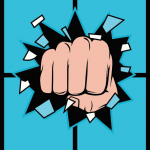