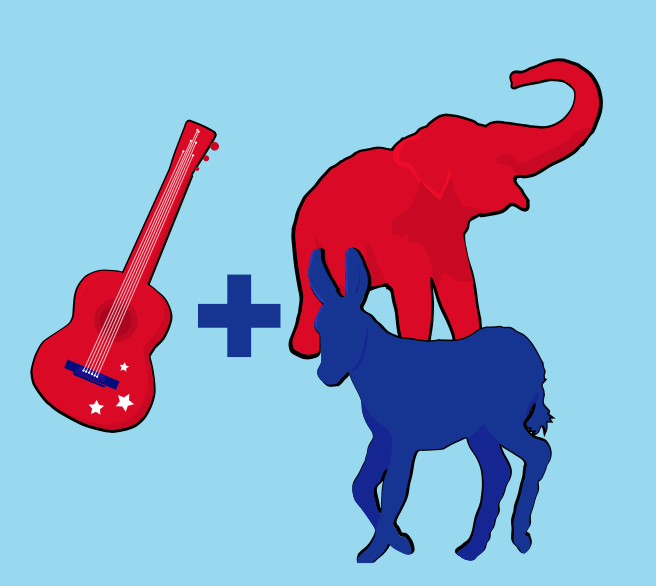 While country music and politics seem to be a blizzard mix, Political Science professor Michael Welsh made the argument that it might not be so strange.

On Tuesday, March 27, Welsh presented research on political messages that could be found in country music. The event was part of Welsh’s Explore and Discover Seminars class, but was open to the public to attend. Those who attended ranged from students to community members to staff from varying disciplines. The crowd was able to almost fill Science Center room 101 to full capacity.

Prior to the presentation, the audience was given a brief introduction to Welsh and his project. Welsh, whose interests focus primarily on public policy, environmental policy and United States politics, said this was his first time presenting his research in a large group of people outside a conference. The presentation began with Welsh playing the 1965 song “King of the Road” by Roger Miller. Several members of the audience sang and snapped along as the song played. Welsh said while the song may have been one of the popular country songs of its time, he asked the question, “Would this song be a hit today?” Welsh said no and added, “The words used in the song are not words that are promoted in country music today.”

Welsh compared the 1965 song with one released in 2009 titled “That’s How Country Boys Roll” by Billy Currington. According to Welsh, both songs portrayed a male hero. While “King of the Road” described the male as “shiftless, anti-materialistic, irresponsible, borderline lawbreaking and content and lacking ambition” while the male in “That’s How Country Boys Roll” is described as “happy, responsible, loving, hard-working, hard drinking, religious, humble and dependable.” Through his research, Welsh has analysed the difference between and when exactly this language began to change.

Welsh began to look at the political ideologies of certain locations in the country. What he found was the decline of the New Deal Democratic Coalition. Welsh theorizes that Southern Democrats decided to leave the party around the Lyndon Johnson administration. As Democrats began to change policy views and become more progressive, Southern Democrats felt separated from their party. “They didn’t like that the Democratic party was dropping the ball on them. Working class Democrats got alienated within their party,” Welsh said.

Southern Democrats became Republicans while Northern Republicans became Democrats. By looking further into how political ideologies seemed to flip in the country, Welsh said he found “two parallel shifts. One in music and one in politics.”

Although Welsh saw a possible correlation, nothing can be proven without evidence. Welsh and a team of students began looking at lyrical patterns in popular country music songs from 1950 to 2010. Their research focused on the themes of race, culture and economic class as they appeared in each song.

Through his research Welsh found most country songs are about love, they are less about infidelity, they are more about drinking/partying, and over time, they have become more conservative.

Seminar student Emily Whitman said she listens to a lot of country music and thought it was “cool to hear about the things you don’t really think about when you listen to it.”

Whitman said that she had never thought about how country music was connected to politics. “It’s interesting that there is even a link between politics and country music,” Whitman said.

Another student, Alyssa Rehrauer, agreed about her interest in the correlation. “All I listen to is country music, so I never really thought about the fact that they could connect to one another,” Rehrauer said.

Welsh said his next steps will be to refine his search, increase his data confidence level, and refine the design of his findings. “It’s a long project but there is still so much we can do,” Welsh said. 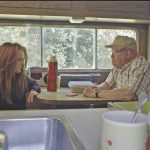