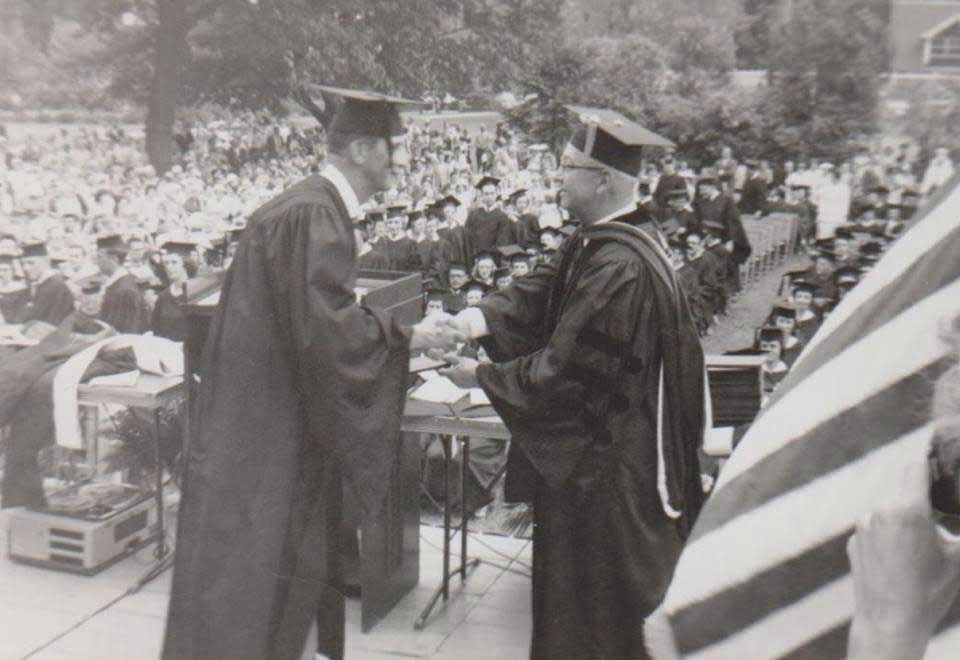 As Keene State students and staff stroll onto campus, they are greeted by the archway at the beginning of Appian Way. On the pillars of this archway, the college’s motto, “Enter to learn, go forth to serve” is visible as a reminder for students to apply the skills they have learned to better our world after leaving this institution. As a student who has had immediate and extended family members graduate from this college, this motto serves as a reminder for me to follow in the footsteps of those who came before me. As I think of my family members who have applied this motto to their own lives, one particular family member stands out.

My great uncle, William D. DiGiulio, enrolled at Keene Teachers College after serving overseas in the United States’ Army. He studied secondary education and history, as well as physical education. In addition to his studies, he contributed to the campus community through being involved with the Newman Center and the Alpha Pi Tau fraternity. He was also a student athlete who competed on the Basketball and Baseball teams. Upon his graduation from Keene Teachers college in May 1959, William immediately began serving the Keene community.

William began his teaching career at Keene Junior High School shortly after graduating from Keene Teachers’ College. As an educator, William utilized the training and skills that he received from Keene Teachers’ college to enrich the school environment for his students and colleagues. William served as a teacher and coach at Keene Junior High School for thirty-one years. Through using his various areas of expertise, he taught physical education, health and social studies. William was the kind of educator who was inclusive and who had the goal of helping each student reach their full potential. He is well-known for his creativity of teaching his physical education students swimming by bringing them to the local YMCA during instruction time.

In addition to working for the Keene School District, William served the Keene community through other outlets. He was the head of the Keene Parks and Recreation summer lifeguards and swimming programs, a member of the Italian club and a referee for both the Keene High and Keene State Basketball teams. These were just a few of the ways in which he served his community. His college yearbook quote, “Man is a social animal…” indicates that he was a person who always thought about others before himself. 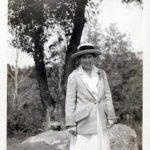