The Student Assembly was called to order at 6:30 p.m. on Tuesday. In Discussion and Action, the Men’s Rugby team requested $5,000 from Student Assembly. The president of the team, the treasurer of the team, and the future president of the team showed up to the assembly and presented their case. The money will be used to cover the fees for tournaments, travel, referees and personal trainers. They have six away games this semester and plan to go to three tournaments at $500 each. They also need to pay a fee for referees and trainers for all games. They will be contributing $2000 from their own budget and all of their members will be contributing $50. The request was approved by the student assembly unanimously. 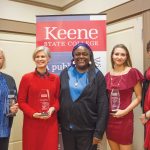 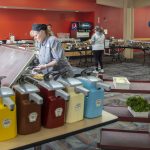