The Keene State College Campus Senate met on Wednesday, March 20. Senate Chair Saram Ghatak called the meeting to order at 4 p.m. Attendance was taken and the minutes from the last meeting on Feb. 13 were approved.

During the courtesy period, Senator Greg Knouff brought up the Campaigns and Elections interdisciplinary minor that was approved by the senate at the last meeting, but the proposal never went through the school curriculum committee.

It was noted that the proposal was not submitted to the deans of all the schools necessary. As there were no objections, the proposal for the program will still move forward.

President Melinda Treadwell then discussed KSC’s sustainability and vitality bridge strategic plan. The final draft will be delivered to the full campus at the end of this week or the beginning of next week.

“What you will see is a two-page narrative that frames that plan and then three years of action commitments for the campus that will flow from that,” Treadwell said.

Treadwell then discussed the state budget and how the college is working actively with the state legislature. KSC is planning for a strategic one-time investment ask of nine million dollars to go towards substance abuse, healthcare resources, an optics program for the project design major, physics and mathematics.

Treadwell also gave an update on the college budget and predictions for the end of the fiscal year. “We over-awarded financial aid this year because we yielded more students than we projected. It pulls down a bit on our total revenue as a campus,” Treadwell said. “It’s a good problem to have. In the long-term this will be a good and appropriate investment.”

The potential for other presidential candidates to visit campus, upon Beto O’Rourke and Bernie Sanders coming to Keene in the last two weeks, was also discussed.

A single packet of final changes for considerations by the senate was provided. “Rather than break down all of these changes by the individual registrar’s office policies, the APC would like to offer the entire block of policies to be approved as a motion by the KSC senate,” Knouff said. The motion was passed.

The  Academic Standards Committee (ASC) proposed changes to the course retake policy, where students would need to provide the registrar’s office with written permission from the department to retake a course for a third time.

This was approved by the senate. The ASC proposed changes to the catalog policy to include the KSC Honors program and to change the use of some pronouns in the policy. Senator Nick Germana moved that rather than the use of the word “the” is some instances, the phrase “the student” be used instead to make the statement grammatically correct, while still gender inclusive. Senator Donna Smyth approved the change. The change to the policy as amended was accepted by the senate.

The Senate Curriculum Committee (SCC) moved the senate to approve IIPhysics 342, which was approved by the senate.

There were no items of new business. 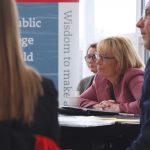 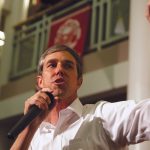