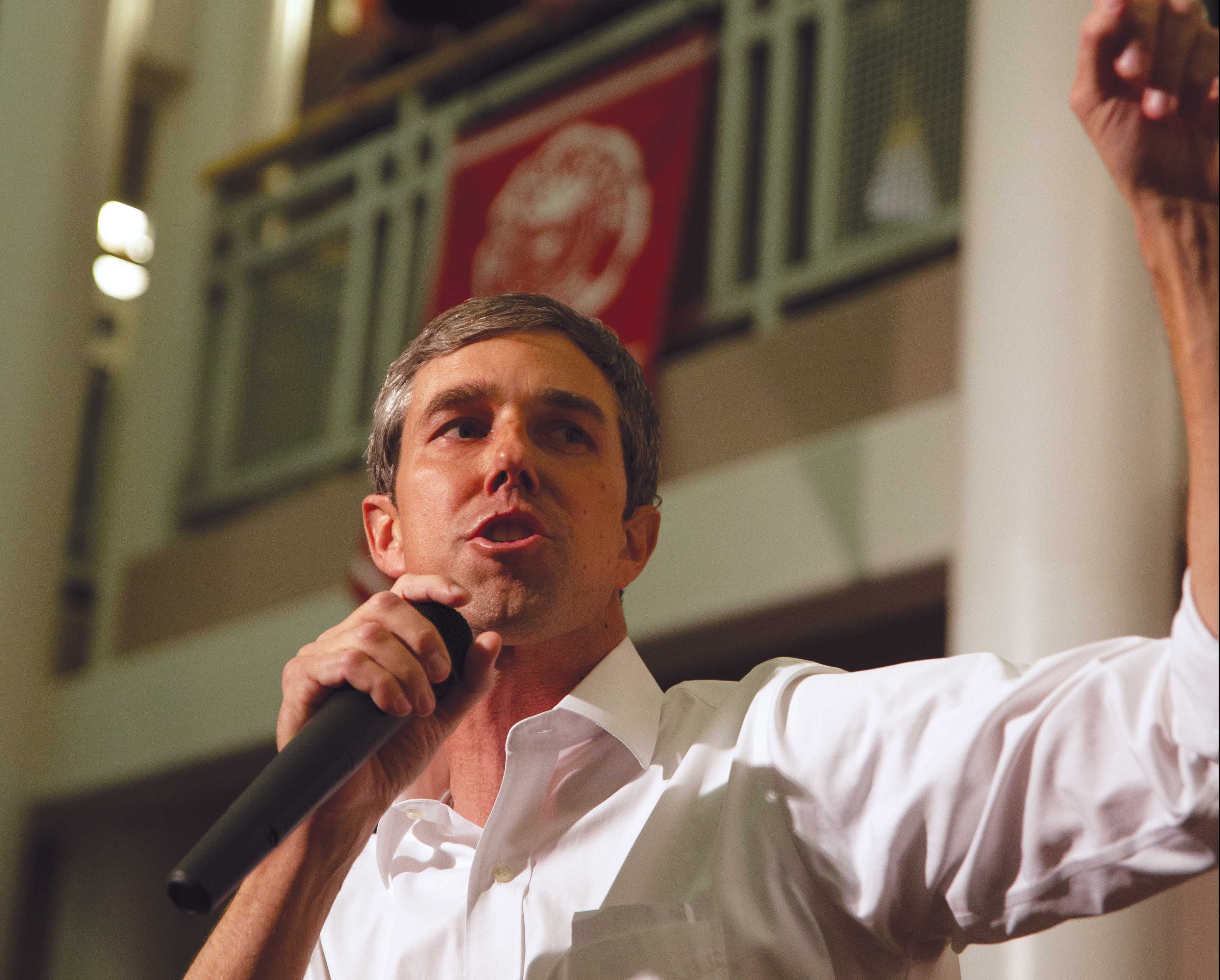 With Presidential Primaries less than one year away, New Hampshire is beginning to see candidates making their way through the swing state.

On Tuesday, March 19, Keene State College students, faculty, staff and community members filled the Student Center atrium to see Democratic Presidential candidate Beto O’Rourke speak. According to KSC President Melinda Treadwell, having a Presidential candidate at the college is an honor and a huge responsibility. “This is the kickoff for us really. Being engaged and helping our students and this community have access to the potential candidates to seek presidency in the country is a huge burden and an honor,” Treadwell said. “It’s incredible. For me, the fact that the candidates want to come to our campus and engage this community is really important and a big part of what we should be doing.”

The event was set to begin at 6:40 p.m. but didn’t start until a little past 8:00 p.m. due to O’Rourke’s drive from Penn State, where he was that morning, taking longer than expected.

When he arrived, O’Rourke was introduced by former gubernatorial candidate and KSC almuna, Molly Kelly.

Kelly talked about the importance of voting by delivering the message, “Your voice, your vote.” While Kelly did not officially endorse O’Rourke, she said that 2020 will bring a new President to the White House.

During his speech, O’Rourke addressed issues of immigration, wealth inequality, criminal justice reform, healthcare and climate change. Primarily, O’Rourke focused on the concept of unity. “Looking back, let’s be proud of what we did together. This is our moment of truth,” O’Rourke said.

O’Rourke also spoke about the necessary changes he feels need to happen in America, and called upon the audience to help. “This is on every single one of us. There’s strength in numbers,” O’Rourke said.

The majority of those who attended the event were KSC students. Sophomore and Political Science major Celia Rodgers, who is a fan of O’Rourke, attended the event to see him speak in person. “I’m very interested in Beto. He’s a really good candidate and I have hopes for his campaign,” Rodgers said.

Fellow Sophomore Chloe Labrie also came to the event after having done some research on O’Rourke. While Labrie did not agree with all his policies, especially those concerning the environment, she still felt it was important to attend his speech. “I’m trying to get a feel for all the candidates,” Labrie said. “I think it’s really awesome that he’s coming to campus. I think it’s important to get college students really into the political game.”

While some students came to the event well-informed on his policies, some came to learn more about them. Sophomore Benny Russell said, “I decided to come because he could be the future President, and it’s cool to see someone like that and to say you have seen them,” Russell continued. “Also I need to do more research into the Democratic candidates to see who I’m rooting for when it comes to the big elections. I haven’t done as much research as I should so I figured this was a good place to start.”

Russell said due to the number of candidates, he finds it hard to keep track of all their different policies. However, Russell said, “I’m excited to see what he has to say.”

The rally was also attended by a group of protesters. Charles Smith, who has lived in the Keene community for 15 years, heard about the event on the radio earlier that day. “I was bringing fruit home with my son and we heard on the radio that [O’Rourke] was going to be here. So I asked my son if he wanted to go on an adventure,” Smith said.

Smith said that both him and his son have conservative ideologies and decided to attend the event to demonstrate their first amendment right. Smith held up a sign that read, “Thank God for Trump” prior to the rally. Smith said, “I say ‘Thank God for Trump.’ There’s a saying, Jimmy Carter gave us Ronald Reagan. I was wondering who Barack Obama was going to give us and he gave us Donald Trump. This guy is killing it.”

Although there was no knowledge of the rally until Monday night by the college, the event was able to come together through the help of the KSC Democrats. Sophomore and the group’s president, Davis Bernstein, said, “Beto’s team reached out to the administration first to make sure this was a viable day, and then they reached out to me just to see if I could do anything to help out. That’s all I’ve been doing, just trying to be as helpful as possible and making sure this event goes smoothly.”

Bernstein explained the importance of having different candidates come to campus and speak. “I think it’s very important. People get their views from candidates more ingrained when they actually meet them. It’s great because even if you are just a Democrat, there might be a different end of the spectrum you’re on and seeing these politicians can help you find out what you believe in,” Bernstein said.

Over the course of the next year, Bernstein said the group hopes to host many more candidates from both parties. “We welcome most candidates here. We want their viewpoints to be here in public for students to see and help them voice their own opinions,” Bernstein said.