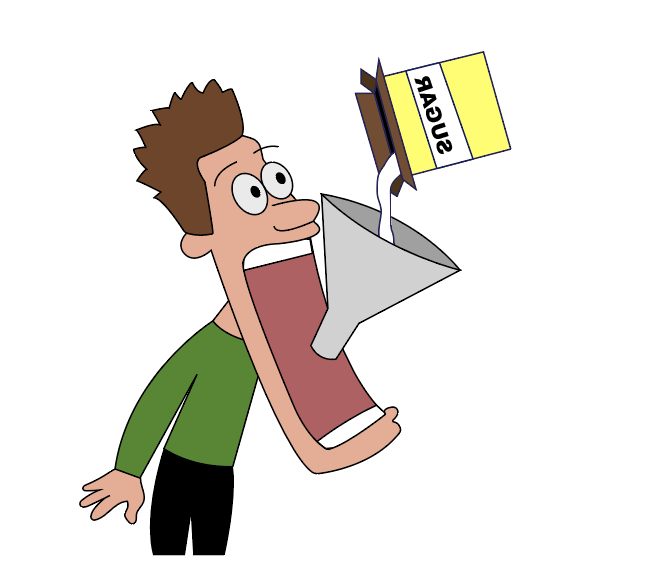 Sugar is the hidden villain in the standard American diet that is slowly taking over our bodies. To give you some background, the American Heart Association recommends that you limit daily sugar intake to 6 teaspoons (25 grams) a day for women, or 9 teaspoons (38 grams) a day for men. With that being said, the average American consumes upwards of 17 teaspoons a day. That is about 57 pounds of added sugar consumed each year, and about 150 pounds total per year!

Sugar is not only prevalent as the white sugar you see in baked goods, it is everywhere. Common places for sugar to be hiding is in your coffee, sodas and all processed foods. The worst sugars to look for are the added sugars; specifically high fructose corn syrup, which can be found in just about every processed food out there. The reason why these added sugars are so bad for you is because they are so highly processed and are unrecognizable compared to their original form. This new chemical structure has direct effects on the body, as it is a foreign substance. When you get a spike of sugar in your bloodstream, your glucose levels will spike, creating a need for the production of insulin. If you constantly need insulin then you will be overworking your pancreas and your body is not meant to deal with these constant peaks and valleys in blood sugar. This is also one of the direct issues that people with diabetes have, seeing as they do not create enough insulin to balance out their blood glucose levels.  High sugar intake will not only increase your risk for diabetes but also heart disease and cancer. Sugar is a highly processed food that undergoes so many different chemical transitions to get to the pretty white granulated state it is known for. The body is not meant to handle such a highly processed food and when it attempts to digest high amounts, it actually can cause plaque in your arteries which restricts blood flow to vital organs such as the heart, also known as heart disease!

High fructose corn syrup is another sugar that sneaks its way into just about everything. It comes from genetically modified corn which is full of chemicals and antibiotics. It is then highly processed into an inhumanely sweet liquid that is unbelievably cheap, making it popular to the larger companies. This is an addictive substance that again spikes blood sugar to new highs and is basically toxic to the body. Ultimately a good rule to follow is that if something is  completely man/chemically-made it should not be consumed.

There is also all of the hype behind zero calorie sweeteners such as Stevia, which makes people think that “they can’t be so bad!” This is wrong in the sense that yes they may have zero calories, but that means that they are pure chemicals and still spike your blood sugar. The Food and Drug Administration has even warned people about the problems that this alternative sweetener can cause to your reproductive, cardiovascular and renal systems, yet people still chose to consume it!

Lastly, most people are concerned about the sugars that come from carbohydrates such as fruits and grains. Now the answer to this is simple: As long as you are consuming these complex carbs in their whole food form, such as a banana, an apple, brown rice, whole grain bread, etc. the fibers in these foods will slow down the effect of the sugars on your body. It will not create such a large spike in blood sugar and the body can then use this sugar in the form of glucose as energy as carbs are the primary energy source of the body. However, when you extract these sugars, for example drinking fruit juices you take away that dietary fiber, it will mimic the effects of consuming processed sugars.

Some ways to avoid all of this bad sugar are simple and some require a bit more effort but all will help you keep your body regulated and stay away from clogging your arteries. When getting a coffee, start using less sweetener and try to move towards no sweeteners at all if possible. Avoid sodas at all costs, but drink carbonated water with some lemon juice to help curb those carbonation cravings. Once again, avoid those highly processed foods because even the salty chips have added sugars! Lastly, when baking, try to use maple syrup or honey as they are slightly less processed than granulated sugars, or if you are feeling really daring, sweeten up oatmeal or muffins with a mashed banana, dates, or apple sauce!

Lowering added sugar intakes will save your arteries, your waistline and your pancreas. Try to think about the amount of sugar you consume in teaspoons to really get a good idea of how much you are consuming, and I urge you to try to stick with the AHA’s guidelines and even challenge yourself to go lower if possible!

Isabella Pratt can be contacted 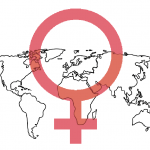