The Student Assembly was called to order at 6:30 p.m. on Tuesday. Director of Campus Life Jennifer Ferrell announced the date of Presidential Inauguration for President Melinda Treadwell to be April 5, 2019. The inauguration will be a big celebratory event in the L.P. Young Student Center. The past inaugurations have taken place in the Spaulding Gym.

According to Ferrell, there is going to be a series of events on the day and there is a need of number of student volunteers. After the hour and 15 minutes long event in the Mabel Brown Room, the whole first floor will be open for reception.

It will be followed by opening up  a dancing space in the Mabel Brown Room 8 p.m. onwards. This year’s inauguration is going to to be intimate and different than the past ones according to Ferrell. Keene State’s only A cappella group Chock Full O’ Notes is going to perform during the ceremony.

Samantha Welch, president of Class 2022 elected in November was impeached unanimously due to lack of communication ever since her election. Welch didn’t contact respond or attended any of the e-board meetings so far according to the Speaker of Student Assembly Davis Bernstein. 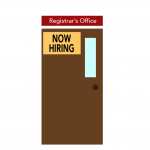 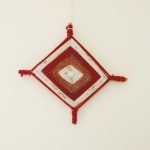