The student assembly was called to order at 6:30 p.m. on December 4. In Discussions and Actions, President Melinda Treadwell talked about establishing a new tradition for graduation. She asked for student government’s approval to replace the tradition of hoods in graduation, that was carried on since 1984, into the tradition of accepting medallions as a  presidential gift. It would be a three inch, round metallic medallion embossed with KSC symbol according to President Treadwell. Different colors of ribbons will represent different disciplines and different schools. President Treadwell said that the medallions would be more functional and cost effective. The student government endorsed the proposal unanimously. Provost and Vice President for Academic Affairs, Dr. Nancy Fey-Yensan and Associate Provost, Dr. Sue Castriotta reminded the student government and asked them to remind other students to fill out the course evaluations. They talked about how important it is for faculty to know what they did well, what they didn’t and what they could improve on. They also asked the student government to fill out a two-minutes long survey giving feedbacks regarding Academic Advising. They also mentioned about the advising summit for faculty in February. Another matter they talked about was the change of present grading system into universal grading system. They clarified that the letters will be changed but not the values associated with them. The adoption date for the new grading system would be Fall of 2020. The student assembly members further gave best wishes for finals and the holidays. 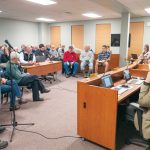 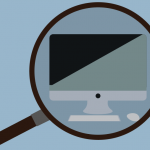