Today, people have the ability to be more connected than ever, but what does that connection mean when it is two people straining at a screen? It seems like everywhere you go nowadays, people are not interacting with those around them, but rather with their phone.

According to research done by StudyFinds in April of this year, having an addiction to your smartphone can cause serious issues such as “boosting feelings of loneliness and isolation — while worsening anxiety and depression symptoms.”

Although smartphones can increase feelings of loneliness, anxiety and depression, we continue to see a rise in the amount of time people spend looking at their screens. According to a study by Common Sense Media from 2015, teenagers are spending more than one-third, or nine hours, of their day on their smartphones. In comparison, children ages 8 to 12 spend about six hours a day on their phones.

Additionally, people who find themselves in those age groups see this as a problem. According to a recent study by the Pew Research Center, “60 percent of teens — those between the ages of 13 to 17 — say that spending too much time online is a ‘major’ problem facing their age group, with about nine in ten teens dubbing it a problem. More than half of teens (54 percent) say they spend too much time on their cellphones, and 41 percent say they overdo it on social media.”

While we could all definitely work to decrease the amount of time spent on our smartphones, the usage of them is reflectant on the growth of technology and the progress in creating new innovations to make our hectic lives a little easier.

When I was in fourth grade, my parents got me my first cellphone. It was a blue flip phone that I was only supposed to use it for emergencies, and when you’re in fourth grade, you don’t really have very many of those. It was finally my sophomore year of high school when I got my first iPhone. While I wanted to get another flip phone after mine had stopped working, it was almost a necessity for me to get a smartphone. In school, we were asked to use our phones to look things up during class, participate in interactive games and take pictures of assignments and notes.

Not only has having a smartphone become a necessity in the classroom, but it has also for everyday life. Your smartphone has the ability to give you directions, set reminders for you to take medication and other helpful tools that I personally use daily. While yes, it is possible to function without a smartphone, the benefits it has in making everyday life easier to manage are very important.

However, simplicity isn’t everything. Remember to look up from your screen every once in a while and notice the people around you. Instead of getting on your phone as soon as you enter a classroom, talk to the person sitting next to you. According to an article by the New York Times, social interaction between human beings is crucial to your mental and physical health. Every so often, turn off your phone for your health and to experience what’s happening around you. It wouldn’t be the end of the world, and you might even discover something new. 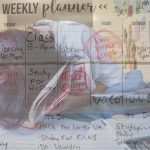 Getting through the last two Previous
Rookie no more Next 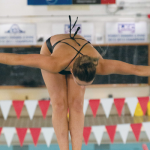